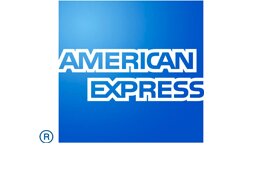 American Express is partnering with independent film crowdfunding and distribution platform Seed&Spark to launch a new channel for independent films, the companies announced.

The deal will see American Express providing select filmmakers in the Seed&Spark library with the opportunity for an in-home theatrical release of their film, selecting five each month. The films, which will include both shorts and features, will be distributed on Amex Now, the company’s interactive TV channel and connected TV application.

This will be the first time that Amex Now will distribute feature length films.

“American Express is committed to enabling filmmakers and shares Seed&Spark’s mission of bringing the best in independent film to the fans,” said Jill Toscano, VP of U.S. media for American Express. “Through this partnership, we will provide film fans with great content on Amex Now and bring these films to even broader audiences, ultimately fueling greater creativity and discovery of film.”

Emily Best, founder and CEO of Seed&Spark, noted that tens of thousands of films are screened each year at film festival, but less than 200 of those indie titles get picked up for wide distribution.

“Since the inception of Seed&Spark, we've been looking for more and more creative ways to help independent filmmakers connect to their audiences,” she said. “We always knew brand patronage would be a part of that story, but we could never have anticipated the enthusiasm of American Express to put their incredible reach to work on behalf of these artists.”

The first films selected for the program include Like the Water, The Man Who Ate New Orleans, Tick Tock Time Emporium, Mana'olana: Paddle for Hope and Lex. American Express and Seed&Spark will pick new films to feature each month through September.