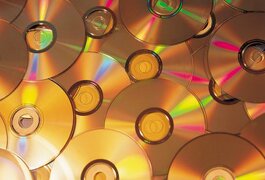 Recent moves by retailers Wal-Mart, Target and Best Buy to variously limit the number of copies customers can buy and eject rent-buy-trade kiosk e-Play from stores are putting the kiosks in a business-model box.

It’s a box in which they can only offer their $1 rentals (and not trades or sellthrough) a month or so after titles hit retail shelves.

Now kiosk company Redbox in its various lawsuits claims a conspiracy between retailers, distributors and studios, and they will have to prove that in court if they want to get out of the box. They may be able to work around the margins by getting copies from retailers that are not cutting buys, but that is a lot harder than walking from the Wal-mart counter to the kiosk to load new release discs.

Again, whether or not this is some sort of conspiracy will need to be proven in court, but it may be that retailers have a legitimate business reason for limiting kiosks such as Redbox and e-Play (which this week suspended operations and pulled tests at Wal-Mart and Best Buy).

The kiosk relationship may not be as beneficial to Wal-Mart as it has been in the past, noted Pali Equity Research analyst Richard Greenfield in discussing the buy-limit policy.

“We believe Wal-Mart has facilitated Redbox’s workaround efforts over the past year mainly due to the return store traffic,” Greenfield said. “Initially, those benefits to Wal-Mart far outweighed the cannibalization Redbox was having on Wal-Mart’s retail DVD sales at the back of the store. However, as Redbox grew exponentially as a consumer brand and with consumers learning that they could rent from one Redbox in a Wal-Mart but return to another location (where they do not even need to go into a store, such as a 7-Eleven with the Redbox sitting outside), cannibalization has grown and the return-trip benefit is slowing.”

After the e-Play withdrawal, I couldn’t help but think Wal-Mart was once again acting in its own best interest. Perhaps a kiosk capable of selling and trading used discs wouldn’t be such a good idea in a store trying to sell new ones. Selling affordable new release entertainment via disc has been a Wal-Mart staple for some time, and those discs don’t look nearly as affordable when they are available used or as a rental for $1.

And maybe that’s why Wal-Mart and other retailers — including Blockbuster, which while rolling out its own kiosks is delighted with a kiosk window because it protects its high-priced rental business — are putting kiosks in a box. They don’t like the competition.