An ‘Implosion’ of Creativity? 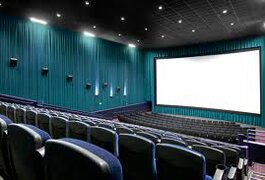 Talk about a blockbuster! The fathers of blockbuster film, Steven Spielberg and George Lucas, recently predicted a Hollywood “implosion” that could change the film industry forever and lead to dramatically hiked ticket prices for blockbuster films, quashing creativity.

Speaking at the opening of a new media center at the University of Southern California, Lucas and Spielberg predicted that a succession of failing big-budget movies would forever change the economics of Hollywood and force audiences to pay exorbitant prices upfront for film tickets to the most anticipated blockbusters — rollercoaster rides with no lasting substance.

“There’s going to be an implosion or big meltdown where three or four or maybe even a half-dozen megabudget movies are going to go crashing into the ground, and that’s going to change the paradigm.” Spielberg said.

Well, I can see how that cynical view might be correct. Certainly, there are a few big-budget films this summer and over the past year that have been — well let’s just sugarcoat it — less than awesome; and I felt I was taken on opening weekend. I certainly have sat through a blockbuster or two that I felt were sheer torture.

But I don’t think, ultimately, that the most creative and entertaining fare will be overlooked in the home entertainment realm — and that’s where truly creative films, blockbuster or not, will find their value.

You see, home entertainment (or the aftermarket), is where many films find their audience (or don’t) based on the lasting appeal of the creative endeavor.  Lucas’ “Star Wars” trilogy, Spielberg’s “Indiana Jones” series and other such cultural touchstones have a lasting value in home entertainment. The Wizard of Oz (the 1939 version with Judy Garland) is gold in the home entertainment realm.

While theaters may be hosting a few overpriced duds, it is in the home entertainment market that many of the most creative films will find their true value. And I don’t think that will go away.