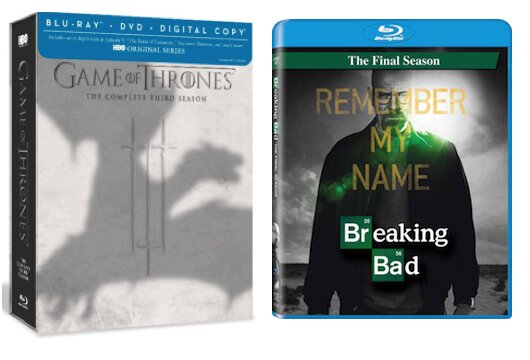 There’s a scene in the classic film All About Eve in which Marilyn Monroe, playing a young actress who’s just flubbed a Broadway audition, is advised by her mentor to try television, implying that the talent threshold for the small screen is much lower. That joke doesn’t pack as much of a punch in the current entertainment environment. It’s been widely acknowledged that the quality of TV content is often on par with, or superior to, feature films. Episodic TV is attracting top talent that used to be seen exclusively at the movies.

Many factors have created the new rise of TV, not the least of which is binge watching that began with TV DVD and continues on such streaming services as Netflix. The bad news for the home entertainment business is that consumers who watch episodic TV on Netflix aren’t buying as many movies on disc and funneling money into the sellthrough business, which is more lucrative for the studios. But the good news, I think, is that many of the new episodic series feature continuing storylines and play almost as if they are extended, gripping feature films as analyst Richard Greenfield has pointed out — and that makes them highly collectible.

While home entertainment executives at the studios may be bemoaning a poor summer box office, the bright spot is the enormous amount of collectible quality content coming from the small screen. The fact that The Wizard of Oz or the “Star Wars” films pop up on TV on a regular basis does not hurt their collectibility, and I don’t think that streaming on Netflix does as much damage to the sale of truly collectible TV content as we think. Fans of “Breaking Bad” or “Game of Thrones” want to collect those series, and that makes them a vital addition to the sellthrough business. When the hot series of the moment cycles off of Netflix or Amazon Prime to make way for newer content, fans will want to own their favorite series either digitally or on disc in the highest possible quality.