Events Mark Both Change and Legacy of Our Industry 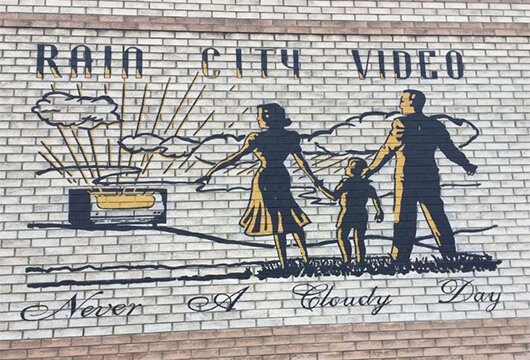 Over the past month or so I’ve attended and reported on events that highlight the enormous change and legacy of our industry.

I interviewed longtime video veteran Mark Vrieling about the closing of his last rental store after nearly three decades in the business. He said he held out as the great majority of video stores closed by offering a deep catalog — which I think is something the industry should heed as we go digital.

Jodie LeVitus Francisco May 8 organized a video industry reunion in Calabasas, Calif., to bring together many of the executives that have passed through this business over the years. Our coverage of the event was heavily viewed and liked online. It was nice to see those I still work with and those who have moved on or retired, but still have a soft spot for the video industry.

“Video stores may end up as just a footnote in the history of the movie business, but I think the footnote will be a high point in the history,” Vrieling told me. “It was a time when pretty much any movie ever made was within reach of anybody. Even small towns and suburbs like mine had tens of thousands of titles available to customers.”

It also helped spawn digital goliaths such as Netflix. Many outside of this industry don’t know or remember that Netflix’s Ted Sarandos got his start in the entertainment business at a video store. The business also pushed Netflix CEO Reed Hastings to offer discs by mail after suffering a video store late fee. Even the famous video clerk recommendations immortalized by the sitcom “Seinfeld” have transitioned to the digital world with the recommendation engines at Netflix, Amazon and other online retailers. Marketing tie-ins long practiced by this industry are mirrored in practices at digital retailers such as Fandango, which offers licensed merchandise and videos of franchise predecessors to moviegoers who purchase tickets for the latest blockbuster in the theater.

Fandango president Paul Yanover, in receiving an award for leadership in the industry from the Entertainment Merchants Association May 19, professed optimism about home entertainment. His company has created an integrated digital network that serves consumers throughout the movie lifecycle, from theatrical tickets to premium on-demand video service FandangoNOW.

Yanover noted Fandango is “a newbie” in home entertainment, but added, “We truly believe there’s a massive opportunity.”

While certain iterations of the industry may wane, their legacy lives on in the digital realm and in a business that continues to bring an enormous amount of content, on demand, to the consumer.