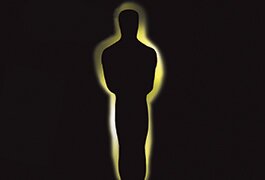 The home entertainment market has always reaped the benefit of awards season. By the time films are nominated or win Academy Awards, Golden Globes or any of the other plaudits dotting the season, many of the films are on the way to or are already out on disc or digital.

This year sports a bumper crop of great films getting the critical nod, both on film and television, and studios, retailers and digital platforms are poised for the home media harvest. It’s a time to bring out past winners as well as celebrate current hits. It’s also a time to put the spotlight on catalog titles that showcase the talent — both in front of and behind the camera — spotlighted by awards season.

In years past, studios’ DVD campaigns were an integral part of awards season. The launch of Universal’s Seabiscuit during that film’s 2004 awards run comes to mind as one of the particularly celebratory disc events. While the hoopla helped launch the DVD, it didn’t hurt that it boosted awareness for the title during Oscar season.

Even prior to the advent of DVD, numerous rental outlets sported special stickers and signage for lauded titles on tape. Rentailers would often host Oscar parties or design special sections, bringing some of that Hollywood glamor to the local video store.

Even the mighty Netflix sought to bask in Oscar’s shine. The online subscription service in 2012 scored a coop by picking up the Weinstein Co.’s Academy Award-winning hit The Artist for its streaming subscribers in the window with disc and VOD.

Early Digital HD could benefit from the Academy Awards this year. For instance, Fox’s 12 Years a Slave, which has picked up nine noms at this year’s Academy Awards (among other plaudits), appears on Digital HD before the March 2 ceremony, with the disc coming out the Tuesday immediately following, offering home viewers a one-two punch of home access before and after the awards.

Times and formats have changed, but the part home viewing plays during awards season has remained much the same. The promotion and distribution of lauded titles now happens online and via VOD as well as in store, but consumers still have a desire to view the acclaimed films they hear so much about during awards season on home media.

Home Entertainment Basks in the Glow of Awards Season