Stephanie Prange is the editor in chief of Home Media Magazine. The Yale University graduate joined what was then Video Store Magazine in 1993 and was instrumental in transitioning the publication into a tabloid newsweekly. She spearheaded the publication’s reviews section, as well as aggressive coverage of the home video sales market. She also helped launch the magazine’s Web site in 1996. In her position as editor-in-chief since 2006, she has spearheaded the launch of such projects as the daily blast, transmitted via email each day to readers, and Agent DVD, a consumer publication aimed at genre enthusiasts who attend Comic-Con International in San Diego. She has freelanced for The Hollywood Reporter, The Los Angeles Times and parenting publications. She has an M.A. in journalism from the University of Southern California. 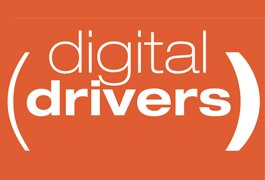 That’s certainly the buzzword for home entertainment these days. But just what exactly does it mean?

You’ve got cable video-on-demand, or VOD, the most financially lucrative component in the digital distribution of movies and TV shows. Hot on its heels is Internet video-on-demand, or iVOD, which is largely used for streaming on the go and the growing mobile market.

Electronic sellthrough, or EST, is the laggard, accounting for only about $683 million of the total home entertainment business, according to the latest numbers from DEG: The Digital Entertainment Group.

On top of that, there are all sorts of other digital distribution methods, such as Hulu, which offers both free ad-supported TV shows as well as a subscription model with more current content; Vudu, which is owned by Walmart and offers transactional VOD; and Google TV, with its YouTube division. And let’s not forget Netflix, with its streaming plan (that also happens to include unlimited physical disc rentals), and Amazon, with its own competing subscription streaming plan.

This digital explosion gives studios “the opportunity to redefine how we engage with consumers, how we offer our content and opens the door to a number of new business models,” said Darcy Antonellis, president of Warner Bros. Technical Operations. Warner recently offered The Dark Knight on Facebook, for instance.

Indeed, the digital evolution may lead to a bigger revenue pie for the studios.

“We expect to see continued growth in nearly all home entertainment platforms, as consumers spend more dollars than ever on entertainment of all types — Blu-ray, EST, VOD, streaming, social games, apps and mobile; all of this comes at improved margins to the studios,” said Lionsgate president and co-COO Steve Beeks.

There may also be brighter days ahead for the tiny EST business.

Jamie McCabe, EVP of worldwide PPV, VOD and EST at 20th Century Fox Home Entertainment, agrees that EST has yet to hit its stride.

“The sellthrough experience, either physical with digital or digital alone, should evolve the most as the consumer who purchases will receive broad privileges to enjoy the content across a rapidly expanding footprint of devices,” McCabe said.
Most agree that packaged media will continue to coexist and complement the digital landscape.

The only certainty: Despite all the tirades in the consumer press about packaged media’s imminent extinction, digital distribution will only really take off when content owners allow it to. Even so, the studios are taking consumer trends into account.

“Consumers expect to have easy access to their content, whenever and wherever they want, so I think the future for digital delivery is about getting all of the elements in place to make that a reality,” said Thomas Gewecke, president of Warner Bros. Digital Distribution.

“We must evolve along with consumer behavior and try new platforms and distribution models,” said Bob Chapek, president of distribution for The Walt Disney Studios. “It is the only way we can remain relevant and continue to monetize our content in this digital era.”