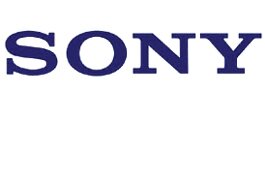 The device, which is pre-loaded with 10 Sony movies, is bundled with 4K television

4K is a new video resolution standard considered the next step beyond Blu-ray’s 1080p resolution.

Sony is bundling the 4K Ultra HD Video player as a loaner to consumers purchasing the manufacturer’s 84-inch 4K LED television (XBR-84X900). The player comes with 10 Sony Pictures movies in 4K resolution, including The Amazing Spider-Man, Total Recall (2012), The Karate Kid (2010), Salt, Battle Los Angeles, The Other Guys, Bad Teacher, That's My Boy, Taxi Driver and The Bridge on the River Kwai.

Sony said the player up-converts Blu-ray movies to near 4K resolution, similar to what BD players do with standard-definition DVDs to near 1080p resolution.

"Sony Pictures leads the industry in building a library of new releases and restored classics mastered in 4K, so it is both exciting and appropriate that we can provide the first 4K movies that consumers will be able to experience in their homes," said Chris Cookson, president of Sony Pictures Technologies.