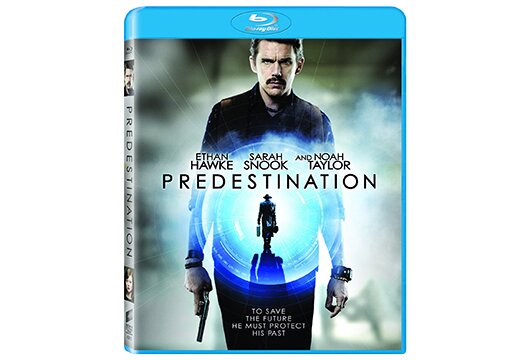 Time travel stories are inherently fun not just for the narrative possibilities offered, but also the potential for intriguing moral and philosophical thought experiments. Trying to apply too much logic to them, however, could cause overly perceptive viewers to go cross-eyed, as Austin Powers would say.

This applies in spades to Predestination, a tightly constructed time travel drama that is part love story, part procedural thriller and all shades of trippy.

Written and directed by Australia’s Spierig brothers, the story involves a time traveling agent played by Ethan Hawke trying to stop a terrorist from blowing up New York in the 1970s. As part of his investigation he encounters a mysterious individual (Sarah Snook) who has a strange story to tell. Snook gives a fascinating but affecting performance as a character whose multi-faceted nature is crucial to the story. Let’s just say the relationships here make the family dynamics in “Back to the Future” seem quaint.

The film is based on a 1959 short story by sci-fi legend Robert A. Heinlein, called All You Zombies, which has nothing to do with zombies but might just be the ultimate time travel tale. However, anyone with even a passing familiarity with that story is going to figure out what this movie is up to very quickly, although the Spierigs throw in a few new plot twists to try to keep such viewers guessing as to how all the pieces fit into place. Otherwise the film is very faithful to the original, even down to the period settings and a hilarious song reference.

Though the film is at times a bit talky, and the development of the final scenes almost seems like an afterthought, the plot offers enough intrigue that should satisfy sci-fi fans in the mood for a nice distraction, a mental riddle to ponder and a few new ways to look at the universe.

The Blu-ray offers two substantial extras. The first is a short featurette about the original Heinlein story and what motivated the Spierigs to adapt it. The second is an hourlong documentary (broken into several parts) about all aspects of the production.