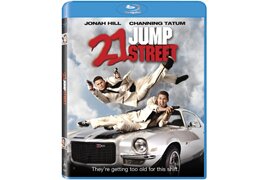 More often than not, big-screen remakes of TV shows meet with critical derision for the way they symbolically represent a lack of creativity in Hollywood. But that doesn’t mean there aren’t ways to make one that works.

Sometimes, it’s enough just to continue the show with the same cast and creative team (think “Star Trek” movies or Sex and the City). Or, filmmakers can co-opt a title and add a bunch of star power or special effects (the “Mission: Impossible” and “Transformers” films). Or, they can take the approach 21 Jump Street did and lampoon the inherent silliness of the source material (following in the footsteps of Starsky & Hutch and the “Brady Bunch” movies).

For those out of the loop, “21 Jump Street” was one of the first shows on the fledging Fox network in 1987, growing the profiles of young stars such as Johnny Depp and Holly Robinson (both of whom have cameos, as do some of the other original cast members). The premise involved an undercover police unit whose young-looking officers would infiltrate high schools and colleges to stop crime.

The immensely funny 21 Jump Street film makes no pretensions as to how absurd it thinks the concept is, layering on a steady stream of jokes about how old and out of place Jenko (Channing Tatum) and Schmidt (Jonah Hill) seem to be after they arrive at Sagan High to investigate a drug ring. And it certainly helps in the laughs department that they are horrible cops who have no idea what they are doing.

But the screenplay, by Hill and Michael Bacall, works because it builds an emotional core around the idea of getting a second chance to take on those awkward high school years, with the twist that traditional stereotypes no longer apply. Thanks to an abundance of political correctness washing over the educational landscape since their own graduation seven years before, jockish Jenko feels out of place, while nerdy Schmidt quickly figures out how to fit in.

Tatum and Hill are good, but the icing is the supporting performances, from Rob Riggle as the manic high school athletic coach, to Ice Cube as the abusive Jump Street squad leader, to Nick Offerman’s frustrated precinct captain, who gets in a great bit of meta-humor with a line about nobody having any original ideas anymore before absentmindedly assigning the duo to “37 Jump Street.”

Riggle and Cube are good enough to rate their own featurettes on the Blu-ray, among several behind-the-scenes extras that exist mostly as cast and crew members reflecting on how much fun making the movie was. A commentary with Hill, Tatum and directors Phil Lord and Christopher Miller is a little more in-depth about the making of the film, and it’s worth a listen for those interested in learning more about the various ways the film pays homage to the TV show. There’s also a gag reel and a half-hour of deleted scenes that are mostly superfluous gags, but one sheds a little more light on Mr. Depp’s expectation-defying guest appearance.