I Spy ‘Garbo’ on DVD 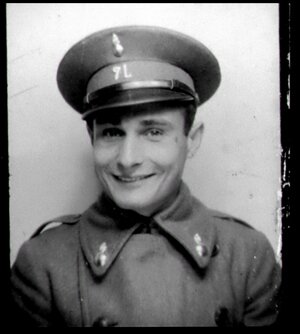 One of the most intriguing figures from World War II is Juan Pujol García from Spain.

The fascinating documentary Garbo the Spy details the life of this double agent who worked for both the Allies and the Axis, becoming the only person awarded by both sides for service during World War II.

The movie hits DVD ($27.95) April 17 from First Run Features, and I recommend you see this — especially if you’re a history or war buff. The film won Best Documentary Film at the 2010 Goyas.

With no training but a need for a job, Pujol García offered to volunteer for British intelligence during WWII. Though he had noble intentions, the British were unsurprisingly suspicious of this unknown man and declined his offer. He then went to the German embassy, offering the same.

Eventually, he built a web of false agents across Europe, feeding fabricated information to Nazis. British intelligence finally offered him a job after they saw that he already was a freelance spy with information and influence on the German side. They code-named him Garbo.

Though Pujol García never fired a single shot, he helped save thousands of lives on both sides during the war. His most notable deed was giving the Germans bad information regarding the Normandy invasion, which led the Allies to a decisive victory.

Pujol García is an intriguing character, and the film creatively uses old feature film footage as well as historical war footage to illustrate the story. The doc also includes songs from Brian Eno and Sparklehorse in the film’s soundtrack, which I particularly liked.

The DVD extras include an interview with intelligence and espionage expert Nigel West, who was great in the film, as well as Sonic Deception: WWII Training Film.