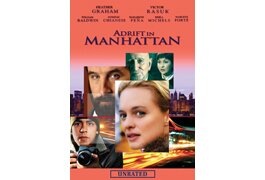 Rose (Graham), is a depressed eye doctor still coping with the aftereffects of a family tragedy. She becomes the voyeuristic subject of Simon, a young, emotionally crippled photographer (Rasuk of Raising Victor Vargas). The young man has other problems, aside from his voyeurism. He lives with his mother (Forte), who is unusually sexual.

Tommaso (Chianese), Rose's patient, is a talented painter who is slowly going blind, hindering his art and his evolving relationship with a caring co-worker (Peña). Baldwin plays Rose's estranged husband, whose desire to give the relationship one more chance is met with resistance.

Part of De Villa's skill as a director is that he lets the action unfold at a leisurely and thoughtful pace, letting viewers put the pieces together themselves. In that regard, his latest effort is reminiscent of such classic indie films as Metropolitan and Stranger Than Paradise.

However, De Villa and screenwriter Nat Moss have trouble reining in the separate storylines. The resolutions feel rushed, given the film's short running time and the relative lack of action beforehand.

De Villa's decision to include a graphic sex scene shatters the movie's observant, subdued tone and is a major distraction.

Graham delivers a credible performance; it helps immensely that her good looks are toned down. The rest of the cast is very strong, especially Chianese, best known as Uncle Junior on “The Sopranos,” and Peña, a veteran actress who was a key player in John Sayles' outstanding Lone Star.