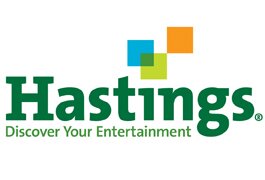 Hastings Entertainment June 16 said a court-ordered temporary restraining order delaying a shareholder vote regarding the retailer’s proposed merger with an investor has been extended until June 26.

Amarillo, Texas-based Hastings, which operates 126 stores selling and renting home entertainment, consumer electronics and related trend merchandise, earlier this year agreed to a $21.4 million merger with Draw Another Circle LLC, which is owned by Joel Weinshanker, who owns 12% of Hastings’ common stock.

The agreement, which requires shareholder approval and would return Hastings to a privately-held company, would pay stakeholders $3 per share, which is six cents above its current trading price.

The merger is being contested in court by two Hastings investors who allege the union provides insufficient consideration to be paid to Hastings shareholders in exchange for their shares of common stock. The suit also seeks compensatory damages in an unspecified amount.

Regardless, Hastings said the restraining order does not prevent it from distributing a proxy statement to shareholders and soliciting proxies in favor of the merger.

In a statement, Hastings said it believes the lawsuit was improperly and prematurely filed under Texas law and that the claims alleged therein are factually incorrect and deficient as a matter of law.  Hastings also believes that the grounds upon which the plaintiffs sought the initial restraining order are insufficient as a matter of fact and law. It intends to vigorously dispute these claims throughout the life of this litigation.

Hastings reported fourth-quarter (ended Jan. 31) net income of $2.3 million, up 91% from net income of $1.2 million during the previous-year period. Revenue declined $5.2 million to $136.4 million due in part to operating 10 fewer stores than a year ago.

CEO, CFO Out at Hastings Entertainment Upon Sale Completion