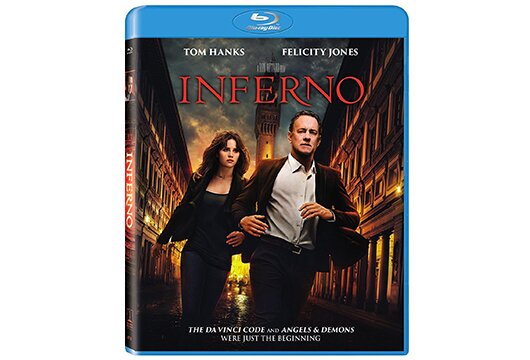 Sony Pictures' Inferno is in a good position to debut at No. 1 on the home video charts the week ending Jan. 29.

The film underperformed at the domestic box office with just $34 million, but should still attract significant attention as the third cinematic adaptation of Dan Brown's Robert Langdon mystery novels, with Tom Hanks returning in the lead role.

It enters the market against some strong holdovers such as Universal's The Girl on the Train.

On the weekly rental chart, Lionsgate's Deepwater Horizon is on pace to take the top spot for a third week. Universal's Snowden comes off its 28-day holdback from Redbox rental kiosks and should move into one of the top spots.