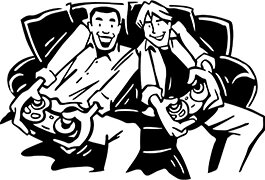 Total new-release video game revenue in September inched up 2% to $1.1 billion, from $1 billion during the prior-year period, according to new data from The NPD Group.

Ongoing sales of new-generation Xbox One and PlayStation 4 helped skyrocket hardware sales 136% to $432.7 million, from $183.4 million a year ago.

“It is important to note that September 2013 was the best performing September on record for new physical video game software sales, driven by the launch of Grand Theft Auto V, therefore making for difficult comparisons [this] September to last,” NPD’s Liam Callahan said in a statement.

“Year-to-date sales of hardware, software and accessories are up 7% versus the same time period last year (January – September),” he said.

Meanwhile, eighth-generation game consoles represented more than 85% of total hardware sales in September, which is the highest percentage seen in a single month since the PS4 and Xbox One launched last November, according to NPD.