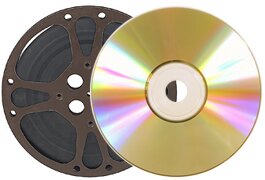 The U.S. economy may be in a recession, but that won’t stop avid moviegoers, 80% of whom said they would go out to the theater (four or more times over a 90-day period) at least as often as they did last year, according to a new report.

The data was based on a sample of more than 11,000 consumers.

The study also found that among infrequent moviegoers (once or twice during a three-month period), 57% plan to maintain or increase their theatrical attendance this year.

Among theatrical draws, respondents cited the social experience of going with family, friends or significant others (73%), while another 48% indicated the appeal of the large screen and sound system.

“Nothing is completely recession-proof, but movies are one of the ultimate social experiences,” said Russ Crupnick, entertainment industry analyst for The NPD Group. “Despite the fact that more Americans now have high-tech entertainment equipment in our homes, nothing beats seeing The Dark Knight in a theater.”

Crupnick said that if movie ticket prices continue to escalate, the social movie-going experience would move into the home.