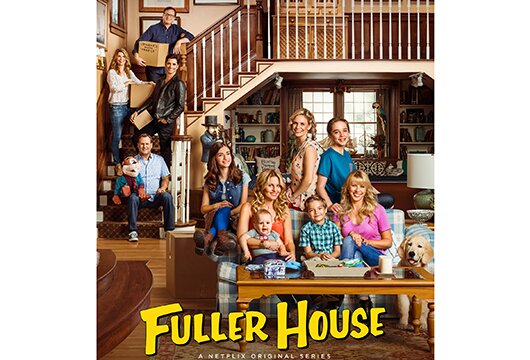 Even though Netflix doesn’t disclose viewership data, its new series “Fuller House” seems to be one of the most in-demand TV shows of the past week.

A report released March 8 by Parrot Analytics in association with DEG: The Digital Entertainment Group indicates “Fuller House” not only dominated the online conversation regarding SVOD programming, but generated more online buzz the week ended March 1 than any other TV show aside from “The Walking Dead.”

Parrot’s Demand Expressions measures consumer demand for a show with a proprietary metric that analyzes trends in social media, blogs, wikis, file-sharing sites and other relevant online platforms. The intent of the measurement is to compare audience demand for content within the same market regardless of the platform on which it airs.

“Fuller House,” a revival of and sequel to the 1987-95 family sitcom “Full House” starring most of the original cast, debuted with 13 episodes Feb. 26. By March 2 Netflix had ordered a second season of the show.

Among all TV shows, “The Walking Dead” averaged 55.7 million Demand Expressions. “Fuller House” generated more than twice as much as the No. 3 show, “Teen Wolf,” which averaged 17.7 million.