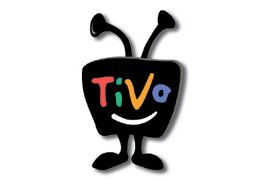 Verizon Sept. 24 settled patent litigation with TiVo to the tune of $250.4 million, and included in the agreement is an indication that TiVo may support Redbox Instant, the Verizon-Coinstar joint-venture streaming service set to debut later this year.

That news comes following a Verizon interview with Bloomberg that offered details about the service. Eric Bruno, VP of strategy and planning for consumer and mass business markets for Verizon, told the news service that the subscription service will offer movie sales and rentals before Christmas, and currently is being tested in the homes of 500 Verizon employees.

Bruno told the service that Redbox Instant will focus on new-release films initially, and will offer rentals online and purchases for download, via Apple- and Android-based applications, as well as on gaming consoles and set-tops.

The Bloomberg report detailed that Coinstar and Verizon will pay content owners based on the number of subscribers, instead of a set fee.

Meanwhile, the TiVo settlement shows the DVR company may host Redbox Instant when it launches.

“Verizon and TiVo are exploring, among other things, future distribution of Internet video services developed through Verizon's joint venture with Redbox by making content distributed via that service part of the diverse selection of linear and broadband-delivered content accessible to users of TiVo's retail DVR products,” the companies said in a statement.

Michael Pachter, analyst with Wedbush Securities in Los Angeles, wrote in a note to investors that Redbox Instant will face steep competition from Netflix, Amazon and others when it launches.

“Investors still have no information about pricing and features, although Verizon said last week that the service will debut in time for the holidays, so we expect further details soon,” he wrote. “Increasing streaming competition (from Amazon and Netflix, among others) limits the opportunity, in our view, and we think that potentially steep capital contributions could pressure Coinstar shares.”