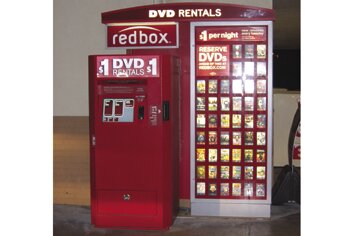 Redbox has vowed to continue stocking DVDs and Blu-ray Discs from Warner Home Video through “alternative means,” after an agreement to acquire movies directly from the studio expired Jan. 31.

On Jan. 10 Warner Bros. Home Entertainment Group said it was implementing a 56-day embargo on new-release titles, beginning with Netflix, which agreed to the new retail window.

Redbox’s agreement with Warner delayed new-release titles for 28 days, but with that agreement expired, so does that restriction.

“Redbox will continue to provide our consumers with affordable access to new release movies from all major studios, including Warner Brothers, at our more than 28,000 locations nationwide,” said Gary Cohen, SVP of marketing and customer experience at Redbox. “We will work to provide Warner Brothers’ movies through alternative means. Redbox maintains direct working relationships with every other major studio.”

In other Redbox news, Walmart has agreed to host Redbox’s DVD kiosks at more than 3,700 locations through January 2015, the companies announced Jan. 31.

Redbox kiosks have been in Walmart stores since 2006.

“Redbox is proud to be located at America’s favorite retail destinations and to extend our relationship with Walmart,” said Maria Stipp, chief customer officer of Redbox parent Coinstar. “A key component to our success is our extensive retail footprint as it provides consumers greater access to movies and games at a low price.”