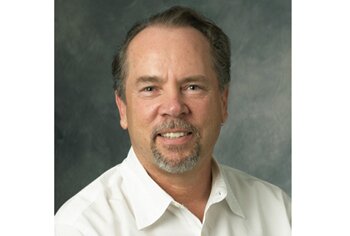 Finding neither option acceptable, Redbox is taking the studio to court instead, a decision made “reluctantly,” according to Redbox president Mitch Lowe.

“We were forced … by Fox to protect our customers’ right to rent new releases,” he told Home Media Magazine Aug. 12, a day after filing a suit against the studio in federal court. “We had two choices presented to us: one, delay these great Fox titles for 30 days, relative to our competitors like Blockbuster and Netflix. Honestly, we don’t understand what the difference is between renting a movie at a Redbox vs. going into a Blockbuster.

“Or two, force us to increase our pricing. That was completely unacceptable, because our whole business is built around delivering an incredible value to our customers, and we believe the customer and ourselves should decide what price we charge, not the studio.”

By blocking Redbox’s access to new product from its main distributors of DVD, Ingram Entertainment and Video Product Distributors, Fox is forcing the kiosk operator to pay a significantly higher price to stock new Fox titles. It’s the same tactic Universal Studios Home Entertainment took in 2008, leading Redbox to file a similar suit in October against that studio. That suit is still pending.

Fox said in a statement that it spent weeks negotiating with Redbox, offering varying terms for how its DVDs could best be used in Redbox kiosks. “Our desire is to maintain for Fox movies a thriving network of distribution serving all types of consumer preferences, on reasonable business terms for Fox as well as our distribution partners,” the statement reads. “Unfortunately, Fox and Redbox could not reach an agreement. This lawsuit aims to limit Fox’s ability to make legitimate business decisions, and Fox believes it will prevail in defeating Redbox’s meritless claims.”

Instead of lawsuits, Lowe said his company would much rather negotiate deals with the two studios, similar to recent, multi-year agreements struck with Sony Pictures Home Entertainment and — just this week — Lionsgate.

“We are always open to discussions with Fox and Universal,” he said. “We believe that we have a proposition for each of them that is positive, and, I think, a testament [to that, are] the deals we’ve done with Sony and Lionsgate, that prove there’s a positive relationship to be had.”

For years, Redbox has worked with the majority of studios to stock titles on street date, and in most cases dispose of the DVDs after their rental life wore out, instead of selling them as used, he said. It wasn’t until a late-July agreement with Sony that one of those relationships was made formal and long-term. Aug. 11, Lionsgate was the second studio to ink a five-year deal with Redbox. The kiosk operator buys new releases and catalog titles directly from the studios, and agrees to not become a player in the sellthrough market.

Lowe said those deals were reached because of “the incredible success that we’ve had.”

“We’ve doubled our revenue every year for the last six years, and it’s now becoming material,” he said. “Up until maybe even a couple years ago there was skepticism that our business model would really grow to the level it has, and I think the materiality has caused the folks at the studios to want to walk that in for a longer period of time.”

Redbox has grown from 125 kiosks in 2004 — many at McDonald’s restaurants — to a 17,000-plus rental machine monster today, closing in on half a billion rentals. Less than two weeks ago, Redbox added another retail partner in Kroger, with more than 2,400 additional kiosks set to be installed in its stores.

Lowe said studios working with Redbox are better off than those who work against it. Citing internal statistics, he said, “When our customers rent movies first, about 20% of those customers wouldn’t have been renting at all, or buying, without the affordable price point. About a third of those customers end up buying a movie after seeing how great it is. They’re watching movies they wouldn’t have spent any money on at all, and then they’re ending up buying them in many cases.”

“For the studios it drives more awareness of their product, which results in higher sales. This is the argument that we keep making. Every studio that has worked with us, either publicly or not so public, continues to find increased value. Not a single one of those has changed their view that overall Redbox has a positive impact on their business.”

After cutting deals with both Sony and Lionsgate in a matter of weeks, industry watchers are asking who’s next.

“We’re working very closely with most of the studios, and it’s always a very complicated agreement with many lawyers involved,” he said. “Let’s just say we’re making lots of progress.”

Redbox: Friend or Foe to Studios?