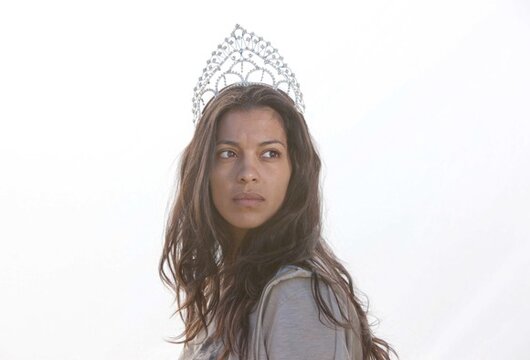 The crime thriller was Mexico's submission for best foreign-language film at the 2012 Academy Awards. It was an official selection at the Cannes, London, New York and Toronto film festivals, and it was nominated for one of Spain’s Goyas.

Twentieth Century Fox Home Entertainment released the film as part of its latest wave of Fox World Cinema releases, which also includes La Cara Oculta (Spain) and The Yellow Sea (South Korea). The films are available now on DVD for $21.99 and as a download through Fox’s site, foxworldcinema.com, and Amazon Instant.

In a breakout role, Stephanie Sigman stars as Laura, a young woman, aspiring to enter a beauty pageant with her friend, but instead ends up running errands for a top drug lord.

The film was produced by Diego Luna and directed by Gerardo Naranjo (Drama/Mex).

The actress had been working with Naranjo for 10 months before he officially cast her in the tough, emotional role.

“When I read the script, I thought, what an amazing thing, a beauty pageant world and the criminal world put together,” Sigman said. “The character is naïve, which can be a good quality, but in this world it’s a flaw.”

Sigman credits Naranjo for giving her creative freedom as well as strong guidance as to what kind of film he wanted to make.

“Gerardo helped me a lot,” she said. “He gave me some books and movies to watch. We worked a lot of beforehand.”

The director suggested she read books such as Perra Brava and watch films such as 4 Months, Three Weeks and 2 Days and Fish Tank. Though Perra Brava is similar in subject to Miss Bala, the films aren’t, Sigman said. However, the director wanted her to take note of the style used in these films, where not a lot was explicitly shown.

And because the film was made on a tight budget, Sigman said it pushed the cast and crew’s creativity and focus on the project.

“We didn’t have [our own trailers],” she said. “So I was on the set all the time, with the DP and the director, which makes you more present.”

With characters in the film named Kike Camara sounding a lot like real-life DEA agent Kike Camarena and Laura being the same name of the real-life 2008 Miss Sinaloa who also was arrested for involvement with the cartel, Sigman said Naranjo was indeed inspired by a lot of true events in Mexico.

The outcome, however, is an original story that keeps you on the edge of your seat, while still evoking the real-life provocative themes of the drug wars in Mexico.

“[The film] shows you a problem,” Sigman said. “And that’s a good start to thinking about what to do. So in the end, it’s a movie. It’s a great movie in terms of film industry. But it also has a societal issue that we did so realistically. We know we are living a problem in Mexico. Won’t give you a solution, but we’ll make you think about it.”