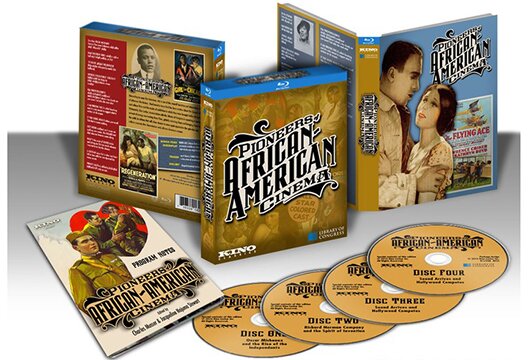 The set would include eight feature films, several shorts, fragments of "lost" films and rare documentary footage, showcasing the works of filmmakers such as Oscar Micheaux, Spencer Williams, Zora Neale Hurston, James and Eloyce Gist, and more. Commandment Keeper Church, Eleven P.M., The Flying Ace, Verdict Not Guilty, The Scar of Shame and Within Our Gates are among the films to be included in the set.

The campaign can be found at and is part of Kickstarter’s new Film Preservation and Restoration Initiative.

Kino Lorber is seeking $35,000 to support the creation of HD masters, recording new music for the featured silent films and bonus material including interviews with film historians. Perks for donations include finished copies of the set, bundled Kino Lorber home video packages and a spin session with DJ Spooky, one of the set's executive producers.