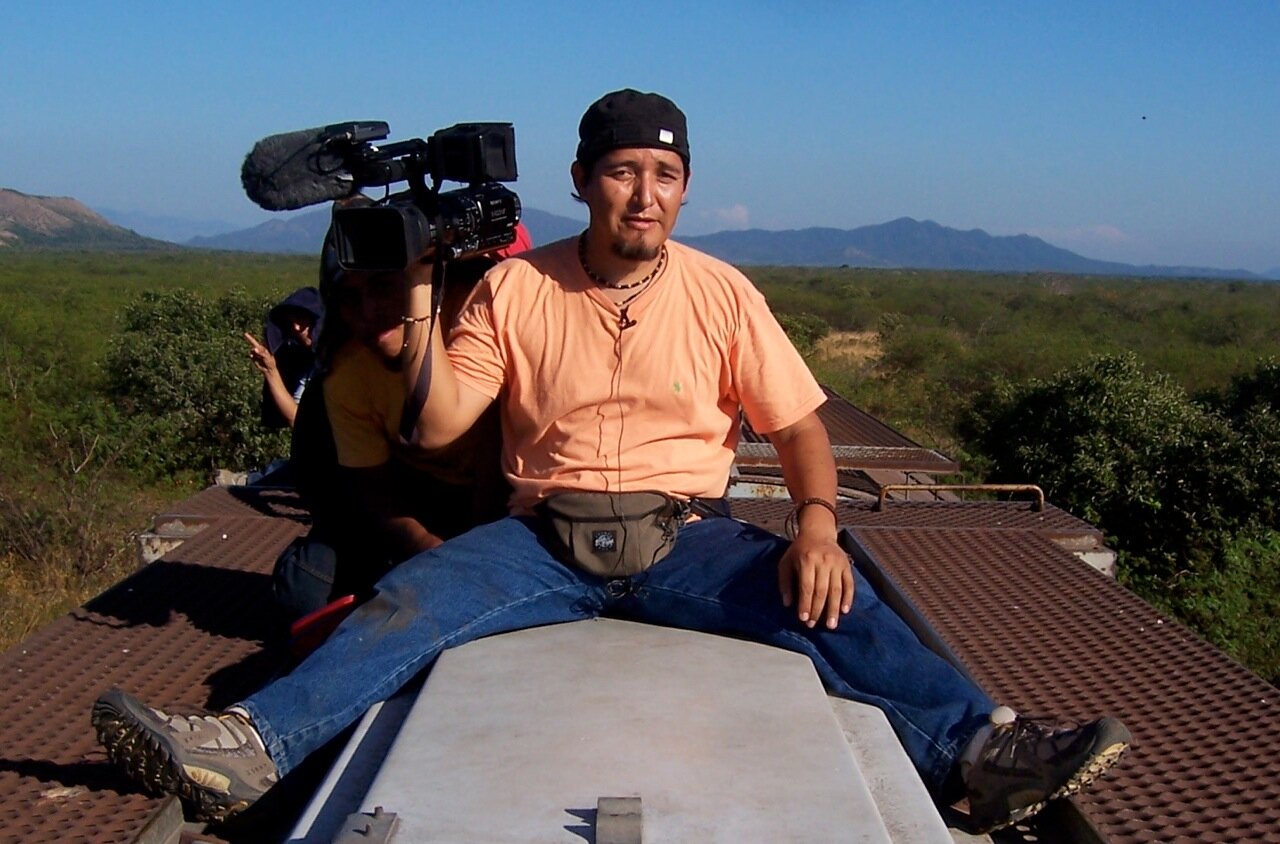 Central American migrants trekking through Mexico illegally to get to the United States often ride on top of the perilous cargo trains called “the beast.”

Filmmaker and New York-based journalist Pedro Ultreras followed a group of migrants riding the beast for about a year, documenting their stories and the abuse that many endure on the journey.

La Bestia (The Beast) is available on DVD for $9.98 from Venevision International. The DVD contains both a Spanish and English version, as well as an interview with the director and a photo gallery.

“I financed the whole thing myself,” Ultreras said.

With just a camera and no crew, Ultreras admits he risked audio and video quality to shoot the footage atop the trains. However, the story, which had no script when he first set out, does not suffer.

The film features numerous migrants telling their stories of abuse, rape, assault. Some are robbed for the little money they have, and others disappear and are presumed killed. Some lose their hands, arms or legs after falling or jumping from a moving train in order to avoid being assaulted.

“They’re eager to tell you their story,” Ultreras said.

The filmmaker explains that the migrants take the journey out of love of their families, in order to have a job and provide a better life for them.

“They’re willing to risk their life,” he said. “I think that is beautiful.”

Ultreras risked his own life too, riding on top of the dangerous trains to capture what the migrants endure.

“I had a backpack with fruit, water, power bars; I had to share with them,” he said. “It’s impossible to detach.”

Still, Ultreras stayed in a hotel in each city he stopped in. He had a friend follow him by car to pick him up so he could shower and sleep for a few hours before going back out. At the urging of some migrant shelter directors, he also skipped riding certain trains because migrants inevitably get assaulted, robbed or even murdered.

“The told me, ‘We want you to live so you can tell the story,’” Ultreras said.

But the filmmaker didn’t avoid trouble completely. He was arrested on a train in Vera Cruz, where authorities tried to intimidate him and get money from him. After being held for about six hours, he was released but lost track of the group that had been travelling with him. He later was able to catch up.

He said the hardest part was after shooting was finished.

“I ended up a little depressed,” he said.

“Riding the train, I was running on adrenaline. I didn’t know what I was getting into.
When I was on the train, then I thought, ‘What did I get into?’ But afterward, I got a little depressed. As time passed I kept getting phone calls.”

Those phone calls came collect from the migrants asking for money for food or help to locate a relative. Ultreras said he’d give $50 here, $50 there, and ended up giving away about $2,500 until he was advised to stop.

“It was tough,” he said, adding that he hated saying no to people in need.

Ultreras has managed to stay quite busy since the film wrapped. He is now taking La Bestia around the country for various nonprofit groups to host screenings, with donations benefiting the respective nonprofit organization.

The filmmaker also is adapting the film into a book that will detail his journey and include more interviews and details that couldn’t fit in the film.

In addition, Ultreras’ next film project includes a continuation feature from his first film 7 Soles, which Venevision released in September 2009. The film sold 130,000 units and was nominated for an Ariel, Mexico’s answer to the Academy Awards.