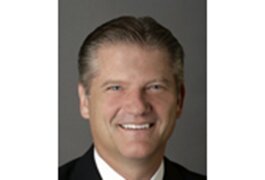 Redbox parent Outerwall has named Mark Horak, former president of the Americas at Warner Bros. Home Entertainment, as its new president, taking over the role Anne Saunders vacated in December.

“We’ve been actively searching for the right person to lead Redbox, and we’ve found that person in Mark Horak,” said Outerwall CEO J. Scott Di Valerio, during an investor call. “Mark … recognizes the valuable relationships Redbox has developed with its retail partners and studios. Mark will leverage all that Redbox has to offer [and] brings a significant amount of experience.

“Mark understands both the physical and digital aspects of the business and will help us continue to carve out our path to support the home entertainment ecosystem driving value for consumers, studios, retail partners and our company.”

Horak brings more than 30 years of experience in the media, entertainment and marketing industries to Redbox, which aims to leverage his work in growing its DVD, Blu-ray Disc, video game and digital businesses.

“Redbox is an industry innovator and a beloved brand that stands for convenient entertainment at a value,” Horak said. “As the media landscape evolves, it’s an exciting time to work on the next phase of the business with an emphasis on driving growth for Redbox.”

Since February 2008 until earlier this year, Horak oversaw all of Warner Bros. Home Entertainment’s physical and digital video and video games business in the U.S., Canada, Mexico and Brazil. He first joined Warner in 1995 as a marketing director, and worked his way up to EVP of worldwide marketing in 2001, and EVP and GM of Canada, Latin America, Australia and Asia in 2004. In 2007 he was named EVP and GM of worldwide operations and new packaged media.