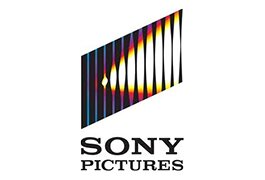 Sony Pictures Entertainment also has laid off an undisclosed number of additional employees in its technology groups.

“As part of the Company’s previously announced efforts to evolve its operations, Sony Pictures Entertainment (SPE) is absorbing the functions of Sony Pictures Technologies into various core businesses,” said Charles Sipkins, chief communications officer at Sony Pictures Entertainment. “Regrettably, Chris Cookson will leave the company as a result. In related moves, SPE has streamlined technology groups across its businesses to accelerate creative and technological innovation. The entire company wishes to express its deep gratitude to Chris, his team, and the other groups involved in these changes.”

Cookson was responsible for all technology standards in the distribution and development of Sony Pictures’ entertainment products. He also served as studio liaison with other Sony divisions, handling content protection, cloud-based production and distribution, 4K, 3D, and other technology issues.

Singer helped spearhead the development of UltraViolet, the cloud-based content ownership service backed by most of the major studios, in his position at Sony and as president of the Digital Entertainment Content Ecosystem (DECE), the industry consortium behind UltraViolet.