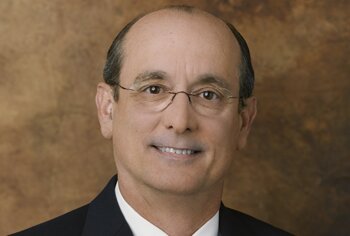 The Entertainment Technology Center at University of Southern California, or ETC@USC, has appointed industry veteran Vince Roberts as its new board chairman.

Roberts joined the Disney Channel as a staff engineer when it launched in 1983 and was later appointed to director of operations and engineering. He currently serves as EVP of global operations and chief technology officer of the Disney/ABC Television Group, where he oversees broadcast operating and technical functions of the ABC Television Network, Disney Channel Worldwide, Disney XD, Playhouse Disney, SOAPnet and ABC Family, as well as Disney ABC International Television, including Disney-branded networks in Europe, Latin America, the Middle East, Africa, Asia Pacific, Japan and Canada.

“Vince is a pioneer in the industry and an exceptional supporter and driver of ETC@USC’s efforts to advance entertainment and technology,” said David Wertheimer, CEO and executive director of ETC@USC. “We are honored to have Vince’s continued involvement and support.”

“The depth and breadth of the ETC’s industry-leading reach provide a great forum for collaboration and information sharing,” Roberts said. “I am honored to serve as the chairman of the board and look forward to working with David and the ETC team.”