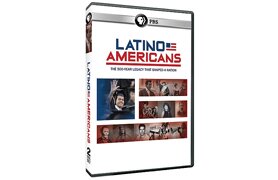 Narrated by Benjamin Bratt, the six-episode documentary series chronicles the history of Latinos in the United States from the 1500s to today.

Though it’s difficult to include every influential Latino American in U.S. history, the series does a good job of highlighting many and hitting every key point to show how Latinos color this country.

From the 1500s when the Spaniards came to settle in what is now the United States, the various immigration waves and U.S. involvement in Cuba, dozens of Latino historians, journalists, professors, sociologists, authors, activists and regular people who lived through significant parts of the history discuss what happened, with many offering personal, emotionally charged accounts.

Many of these stories stir up pride in being Latino, uncovering pieces of history not only for Latinos but also for everyone this country, such as how America’s need for cheap labor established programs and laws to bring in Mexicans and Puerto Ricans, building communities in Los Angeles and New York.

Other stories shed light on the racism they had to endure, from segregation to lynching, and finally to Latinos’ role in the civil rights movement of the 1960s.

From Mexicans, Puerto Ricans and Cubans to Salvadorians and Dominicans, this series reveals a rich history of Latinos in the United States.