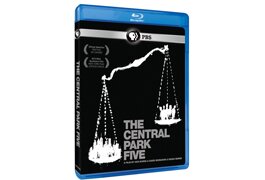 It’s hard to watch PBS’s The Central Park Five and not feel enraged by the injustice that took place in New York City in 1989.

Written and directed by Ken Burns, along with his daughter Sarah Burns and her husband, David McMahon, the documentary looks back at the wrongful conviction of five teenage boys for the infamous beating and rape of a Central Park jogger.

Historians, journalists, politicians and others put the incident in context of the time and place, where crime, violence, drugs, poverty and racial tension were prevalent on one side of the socioeconomic divide. And a social psychologist explains how the police could blame these boys and why these boys would give such detailed false confessions.

Through emotionally charged recollections as if the events took place yesterday, Antron McCray, Kevin Richardson, Yusef Salaam, Raymond Santana, Korey Wise and some of their family members share what happened from the time the teens were horsing around in Central Park to their grueling interrogation. Police lied to the teens, who were coerced into making statements, thinking they would be able to go home afterward. Instead, their confessions were used to arrest, try and convict them. Wise, who was 16 years old at the time the crime took place, served 13 years at Rikers Island, while the others, who were 14 years old, served seven years.

It wasn’t until 2002 that the real perpetrator, Matias Reyes, came forward and confessed. The convictions of the previous five were vacated, but the men were never declared innocent or compensated.

Decades later, these five men are still deeply affected and feel the aftershocks of being robbed of their youth and the potential in them that was never realized because of the failures of the justice system, the media and the society around them.