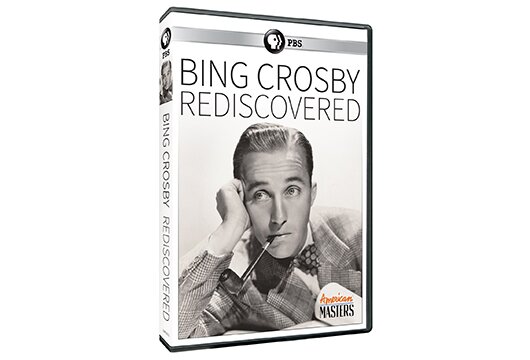 The line stretching from Bing to Elvis is not as long as one might expect, and as sometimes pop musicologist Michael Feinstein himself points out in this exemplary documentary, every singer — at least since the microphone’s invention — owes a debt to one we now learn has to be rediscovered. This is probably true, though you really have to be in the slow-learner’s class along with the villains in Deliverance if Crosby is a subject for your personal rediscovery. He was merely, and all but indisputably, the most important entertainer from the first half of the 20th century — though I won’t go to the mat on this if someone wants to give some votes to Louis Armstrong, who, by the way, performed with Crosby for multiple decades. Not debatable is the recording track record: more No. 1 records than Elvis and the Beatles (also Sinatra, who wasn’t remotely in Crosby’s class as a chart-buster when it came to singles — though certainly he carved out the LP territory for himself).

And in terms of multimedia (not even counting the 50 million weekly listeners Crosby’s radio show reached), only six performers have ever made it huge in both movies and music: Bing, Elvis, Frank, Dean Martin, Doris Day and (for a while) Barbra Streisand. (Peggy Lee got a not undeserved Oscar nomination for Pete Kelly’s Blues but otherwise never made it in films.)

Written and directed by Robert Trachtenberg, who has lots of “American Experience” experience (George Cukor to Mel Brooks), we’re looking at a portrait so on point that my only disappointment is the 85-minute running time when Crosby is a subject that easily could have gone the full two hours that "AM" affords on rare occasion. This said, the organizational skills here are exemplary, with compact sections devoted to music and movies, the relationship with Bob Hope, Crosby’s war effort and popularization of golf, his pioneering history with tape recording (both audio and visual) and relationships with both of his families (one stormy and even tragic and one not). The film clips are splendid, and it’s a bountiful gift that White Christmas and High Society were both shot in the short-lived but nonpareil VistaVision process because the excerpted material from them jumps off the screen, even in standard DVD.

Ever since oldest offspring (of seven) Gary Crosby wrote his Going My Own Way autobiography a few years after his father’s 1977 death, there’s been a kind of conditioned response to note that Bing was rough on his first four sons (all by first wife/actress Dixie Lee) — including, for much of that generation, visits to the whipping belt that Crosby was always up front about, even in his own autobiography. One of the great moments here comes when daughter Mary Crosby (by second wife/actress Kathryn Grant) quotes what she called Gary to his face when he admitted to her that he embellished these punishments some to make his publisher happy. Let’s just say that it was the noun version of what my drill instructor father used to call “the Marine Corp verb” — and you don’t expect to hear it from Mary’s mouth (even if she did “shoot J.R.” on “Dallas” TV screens). Good for her, though the late Gary acquits himself pretty well on the clip of him Trachtenberg includes. Mary speculates that the twins at least (Dennis and Phillip) suffered from fetal alcohol syndrome due to Dixie’s drinking. The quartet’s carousing was famed at the time, and even Dean Martin joked about it in at least one Rat Pack routine preserved on CD.

For his part, Bing had a very serious drinking problem himself until reforming in the ’30s and is seen here in the ’70s telling Barbara Walters that pot should be legalized (his early years were spent with jazz musicians, and Artie Shaw didn’t call him the hippest white guy ever — though it’s quoted a tad differently here — for no reason). He was uncommonly generous to female performers and lent a hand both to Judy Garland and Rosemary Clooney when they were at career low-ebb with prodigious personal problems, and his career capper (shown posthumously on his ’77 Christmas special) was a duet with David Bowie. He directly changed radio and more indirectly changed TV by embracing tape technologies on the ground floor — and though the documentary doesn’t mention it, the only reason game seven of the 1960 World Series exists on film (and it’s one of the two or three greatest Series games ever played) is due to his having recorded it because he was part owner of the Pittsburgh Pirates. And, oh, “White Christmas” is the best-selling recording ever.

These are pretty fair tallies for someone who worked hard to seem relaxed; even his death took place coming off the course after a successful round of golf in October (does anyone else remember that ABC interviewed Frank Sinatra in the stands before or during game three of the Yanks-Dodgers World Series — aka the “Graig Nettles game” — the night of Crosby’s death)? Or, for that matter, that Crosby died only a couple days short of two months after Elvis? I hope this documentary gets the publishing ball rolling on part two of Gary Giddins’ Bing biography, given that the first volume was one of the most praised nonfiction books of its year. A key reason it has the gravitas it does can be chalked up to Giddins’ participation throughout.