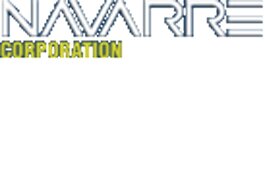 The hits keep coming for Navarre Corp., which last week let go about 50 employees, including COO Brian Burke, as part of ongoing restructuring.

The cuts, which represented about 8% of the Minneapolis-based distributor’s workforce, occurred across the board, including reportedly 20 staffers from its Funimation anime division.

The company last month announced it would shut down operations of BCI Eclipse, due to rapidly changing conditions in the licensed and budget DVD markets.

The moves are not a surprise as Navarre CEO Cary Deacon recently characterized packaged media results as “disappointing.” Last year it shuttered BCI’s Los Angeles operations (except for an acquisitions office) and relocated select management to its Minneapolis corporate office, among other changes.

Navarre reported net income of $5.3 million on revenue of $143 million in the most recent quarter.

The company stock is down 74% over the past year.