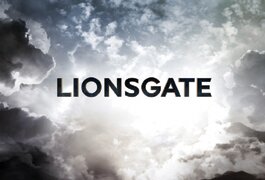 Continuing its aggressive quest for content, Lionsgate has entered into an agreement with Disney-ABC Domestic Television to distribute to the home entertainment market a selection of prime-time series and library titles.

Season one sets of the sitcom “According to Jim” and the supernatural dramedy “Reaper” are first on the release agenda, coming to DVD on Oct. 21 and Nov. 4, respectively.

In addition to “According to Jim” and “Reaper,” the Disney-ABC Domestic Television deal also includes popular sitcoms and dramas “Hope & Faith,” “8 Simple Rules … for Dating My Teenage Daughter,” “Boy Meets World,” “October Road,” “Kevin Hill,” “My Wife & Kids” and “Six Degrees,” among others.

“As evidenced by our recent activity, we continue to look for key brands to expand and grow our TV DVD business,” said Ron Schwartz, EVP and GM of Lionsgate Home Entertainment.