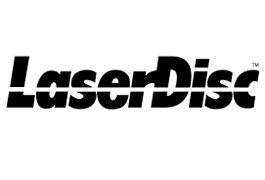 It may come as a surprise, but LaserDisc didn’t officially die until Jan. 14, 2009. That’s the day Pioneer Corp. announced that it would stop producing the players after a final 3,000 roll off the production line.

“[Pioneer] has seen worldwide sales of its LD players reach more than 9.5 million units to date in a market that saw worldwide sales top 16.8 million devices,” the press release said. “It has contributed to the audiovisual enjoyment of so many consumers all over the world. However, under the market environment in which new media such as DVD and Blu-ray Discs now dominate, it has become difficult for Pioneer to procure the parts required to produce LD players. Consequently Pioneer has been forced to terminate production of its LD products.”

Andy Parsons, SVP of advanced product development for Pioneer, said the players were still being produced to meet demand in Japan and Europe, where many people still have large LaserDisc collections.

“A lot of people were surprised to find out we were still making them,” said Parsons, who worked with the format during his first home entertainment job in 1980. “It’s the end of an era.”

“I have always had a soft spot in my heart for my LDs and for Pioneer for the support they gave the format over the years,” he said. “LaserDisc was the reason I got into home theater. It was the first enthusiast's video format.”

Julien Wilk, administrator for the online LaserDisc database (www.lddb.com), called the news sad, but warned against writing the format off completely.

“For most people the format commercially died with the publishing of the last titles,” Wilk said. “… But it basically changes nothing to the used LD market that had a continuing life ever since DVD took over its niche market share.”