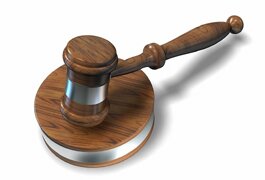 Redbox has filed suit against the studio over the proposals, claiming they misuse copyrights and violate antitrust laws.

“Defendants will terminate Redbox’s two distributors [Video Product Distributors and Ingram Entertainment] if they continue supplying Redbox with Universal DVDs or providing other services to Redbox — unless Redbox forsakes its customers. …” the suit reads.

Fellow kiosk operators TNR Entertainment and DVD Play have both sought legal advice regarding the changes, and the presidents of both companies have expressed concerns about how they would affect their businesses.

“Our initial review of Universal’s policy change is that it will adversely affect [our] commitment [to consumers],” TNR’s president and CEO Tim Belton said.

Fred von Lohmann, an attorney with the Electronic Frontier Foundation, said he believes Universal’s new policies are a losing proposition.

“The word outrageous comes to mind,” he said. “And I think consumers should be the ones most concerned about this. If this is permitted, it’s hard to see how anyone would want to invest in these new businesses, if studios can go in and shut you down.”

Von Lohmann said nothing would stop kiosk operators from buying Universal DVDs at retail on street dates, or go through “a middle man,” yet the added costs and hassles would hurt. He called Universal’s new revenue-sharing terms “a very cunning strategy” but forecasts that they would lose the Redbox suit.

“It’s like back in the ’80s when they went after mom-and-pop video stores … it’s the same can of worms they’ve been working on since [VHS] and before that, Betamax,” he said. If Redbox wins, he added it could “undermine Universal’s ability to manage its copyrights.”

However, if Redbox fails and Universal prevails, “What would ever put pressure on Hollywood to bring prices down for things like video-on-demand? Nothing would.”