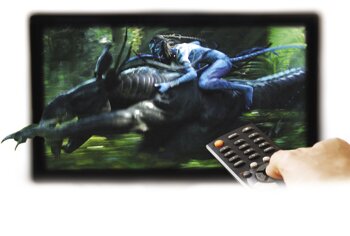 Studios opened new-release windows on Netflix, Redbox and NCR’s Blockbuster Express in 2010, striking an uneasy, but more profitable, balance with subscription and kiosk services. Meanwhile, Blu-ray Disc continued to grow and promised a new market for 3D. Laying the groundwork for what many hoped would be future growth, the industry navigated a year in transition.

» Warner Home Video and Netflix replace a previous revenue-sharing deal with a new agreement that pushes back the Netflix availability of new releases to 28 days after street date. Netflix says it will soon offer streaming via Nintendo’s Wii video game console.

» Walt Disney Studios reveals plans to roll out KeyChest by year’s end, allowing its films to be stored in a virtual locker in the cloud and to be playable on multiple platforms and devices.

» Movie Gallery, which also owns Hollywood Video, eyes the closure of nearly 40% of its 2,700 U.S. locations.

» Holiday retail sales of the PlayStation 3 top 3.8 million units from Nov. 24 to Dec. 28, 2009 — representing the highest recorded PS3 sales for a holiday period.

» Walmart and Target begin limiting the quantity of disc purchases of new-release movies — a move designed to undermine rental kiosks acquiring content through retailers, instead of distributors.

» Netflix shows interest in acquiring content from HBO, Showtime and Epix, among others. The service boasts 12.3 million subscribers.

» Universal Studios Home Entertainment for the first time offers a new release, Pirate Radio, to cable video-on-demand, electronic sellthrough and streaming one month ahead of the disc release.

» Technicolor says it will begin handling disc replication and distribution services for Warner Home Video, beginning in the third quarter of this year. Cinram loses that business.

» Redbox argues its lawsuit against Warner should go forward since a judge already allowed it to argue antitrust violations against Universal in a similar case.

» Blockbuster Express parent NCR says rental kiosks were the “headline event” of 2009 for the company.

» Media executives give kudos to beleaguered packaged media for helping to produce strong quarterly results at their respective studio units.

» Sony says the BDP-S470 Blu-ray player will be 3D-capable with a firmware update.

» Warner Home Video and Redbox iron out an agreement under which the kiosk vendor agrees to 28-day windows on new releases. Coinstar’s CEO says Redbox will likely carry Blu-ray by mid-year.

» Image Entertainment reduces its workforce by 30%, or about 36 people.

» Blockbuster says it will accelerate store closures should all studios not agree to delay new-release discs to kiosks and subscription services. Warner Home Video obliges, giving Blockbuster The Blind Side and Sherlock Holmes nearly a month before Netflix and Redbox.

» Blockbuster reinstitutes late fees and hints it could cease operations due to severe liquidity and debt issues.

» An Indiana county orders kiosks to remove all DVDs rated above ‘G’ or face prosecution under state law.

» A Netflix app is included with the launch of Apple’s iPad tablet computer.

» An appeals court says the Federal Communications Commission doesn’t have the authority to keep Internet service providers from blocking some Web traffic.

» Walmart co-produces the made-for-TV movie Secrets of the Mountain, which is released on DVD the day after its network broadcast.

» Netflix shares reach a record high when its iPad app becomes the top free downloaded software application by consumers of the tablet computer.

» Traditional video stores are on track to generate 47% of domestic rental revenue in 2010 — down 12% from 2009, according to a research report.

» The NPD Group says Blu-ray player penetration in the United States has nearly doubled to 11%.

» Strong home entertainment sales from Sherlock Holmes, The Blind Side and Valentine’s Day contribute to Warner Bros. posting first-quarter operating income of $307 million, up 43% from income during the same period a year before.

» Walmart expands its home entertainment presence in more than 1,200 stores nationwide, including allocating up to 50% more floor space for Blu-ray Disc players and movies.

» The FCC approves the Motion Picture Association of America’s request for premium VOD, opening a new window for home release prior to a film’s packaged-media release.

» DVD and Blu-ray Disc sales from Michael Jackson: This Is It, Angels & Demons and Armageddon contribute to Sony Pictures posting fiscal-year operating income of $460 million, up 78% from last year.

» Netflix CEO Reed Hastings says the cost to license electronic titles from the studios exceeds that of comparable DVDs.

» Apple sells 2 million units of its iPad in less than 60 days after launch and says the free Netflix app will be available for the iPhone in the summer.

» Joe Malugen, co-founder of shuttered Movie Gallery/Hollywood Video, is working to roll out a chain of automated rental/retail stores. In an interview with Home Media Magazine, he says he remains dumbfounded by the studios’ support for $1-per-day kiosks.

» Market research firm IMS Research, in a survey of U.S. and Western European consumers, found that of the 13% of respondents who planned to buy a 3DTV in the next two years, 62% also planned to buy a 3D-enabled Blu-ray player in that same time period.

» The 28-day delay of new-release movies to kiosks continues to hurt investor confidence in parent Coinstar, an analyst says.

» Blockbuster shares are briefly delisted by the New York Stock Exchange after the company fails to acquire shareholder approval for a reverse stock split.

» Netflix signs a distribution deal with Relativity Media to stream select theatrical movies ahead of pay-TV channels such as Starz, HBO and Showtime.

» Netflix reports second-quarter income of $43.5 million, up more than 32% from net income of $32.4 million during the prior-year period.
» The Digital Entertainment Content Ecosystem unveils a consumer brand name for its “cloud-based” storage system: UltraViolet.

» Redbox announces a deal to install rental kiosks in thousands of CVS/pharmacy locations nationwide, in Puerto Rico and in subsidiary Longs Drugs locations in Hawaii.

» Shuttered Movie Gallery/Hollywood Video posted a net loss of $46.4 million from June 7 through July 4, according to a bankruptcy court filing.

» Image Entertainment reports a first-quarter loss of $41,000, compared with a loss of more than $3 million during the same period a year before.

» Blockbuster talks to studios and creditors as it prepares a pre-packaged bankruptcy filing.

» Apple unveils a downsized edition of the AppleTV, which for the first time offers users digital access to rental streams of new-release movies and TV programs.

» Blockbuster misses a Sept. 1 interest payment to holders of a junior secured note or bond.

» Venerable Jane Fonda, one of the early proponents of home video, returns with a new series of fitness titles from Lionsgate.

» Walmart settles an antitrust lawsuit that alleged the retail behemoth entered into an illegal agreement with Netflix when it exited the online DVD rental business.

» Comcast’s CFO says the cable operator has the technology to compete with Netflix streaming.

» Redbox customers have little interest in downloading or streaming movies from kiosks, a Coinstar executive tells an investor group.

» Best Buy reports second-quarter net income of $254 million, up 60% from net income of $158 million during the prior-year period, despite ongoing recessionary pressure on consumer spending.

» Sony Pictures Home Entertainment launches a manufacture-on-demand online service that allows film buffs to purchase more than 100 classic titles from its Columbia Pictures catalog for the first time on DVD.

» The percentage of U.S. households with at least one Blu-ray Disc player has doubled since 2008, reaching 17% in July, according to a new report.

» With the critical fourth quarter well underway, the latest DEG: Digital Entertainment Group statistics show consumer spending on home entertainment through the third quarter to be running about 4% behind the previous year.

» Netflix considers a streaming-only service in the United States, despite research that says subscribers prefer to rent discs. The company adds 2 million subscribers in the third quarter.

» ABI Research says nearly 50 million 3DTV units will be shipped by 2015; Blu-ray player sales are projected to approach 24 million in 2010.
» Media reports say Blockbuster CEO Jim Keyes may be out by the end of the year.

» Blockbuster gets approved to appoint a chief restructuring officer and pay off some of its studio claims.

» Vudu says it will expand its VOD service with Boxee software and the upcoming launch of the Boxee Box set-top platform.

» MGM files a pre-packaged Chapter 11 plan of reorganization in the U.S. Bankruptcy Court in New York.

» Netflix bows a U.S. streaming-only service for $7.99 per month. The service is available on more than 200 connected devices.

» Level 3 Communications — a technology service provider for Netflix — and Comcast engage in a war of words regarding the cable company’s attempt to raise Level 3’s electronic distribution fees due to increased video traffic.

» Blu-ray Disc movie and TV program production tops 400 million units in 2010, according to a report.

» The FCC at a Dec. 21 hearing approved Internet neutrality rules that will force Internet service providers to treat all Web content equally, prohibiting the blocking of lawful content, applications, services and the connection of devices to networks. The three Democrats on the commission voted for them, while the two Republicans voted against them, calling it unnecessary regulation.