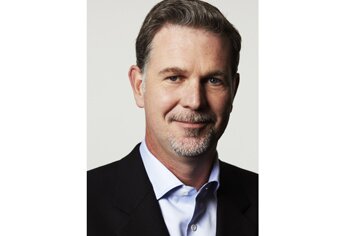 Hastings’ edict comes on the heels of impressive first-quarter financial results, which have seen the subscription video-on-demand pioneer’s stock surge about 25% since April 22.

“While we are passing HBO in domestic members in 2013, it will be several years before we are peers with them in terms of original programming, Emmy Awards and international members,” the CEO wrote. “It wouldn’t be surprising to us if HBO does their best work and achieves their highest growth over the next decade, spurred on by the Netflix competition and the Internet TV opportunity.”

“The stability of the MVPD subscriber base, despite Netflix large membership, suggests that most members consider Netflix complementary to, rather than a substitute for, MVPD video. MVPDs are keeping their subscribers through TV Everywhere authentication. Internet video services like Netflix, MLB.tv, iTunes and YouTube are not currently a material strategic problem for companies that are both an ISP and MVPD,” he wrote.