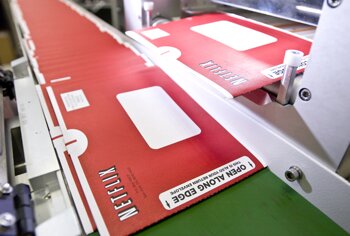 Netflix has streamlined the sign-up procedure for new customers of its DVD-only subscription service — eliminating the need to first register for streaming service.

Beginning Feb. 16, new users can sign up directly for a DVD-only plan starting at $7.99 per month for one disc out at a time.

While the DVD-only plan isn’t new, accessing it directly is, according to Santosh Hegde, director of DVD engineering at Los Gatos, Calif.-based Netflix. Hedge disclosed the change in a blog post.

Previously new disc subscribers had to first sign up for streaming service and then transfer over to DVD — a process that was laborious and not considered consumer-friendly.

“We had to walk people through the process … this makes it a lot easier,” a customer service representative said.

While Netflix touts its streaming service domestically and abroad, it is disc rentals that provide the incrementally larger margins that help underwrite streaming expansion. Indeed, a hybrid streaming and disc subscriber generates twice the revenue ($15.98) per month than a streaming-only sub at $7.99. Netflix ended the most recent fiscal period with 8.4 million hybrid subs.

Richard Greenfield with BTIG Research last October reported that Netflix generated about $10.30 in monthly revenue per disc sub, compared with $7.99 per streamer.

Meanwhile, Blu-ray Disc titles remain an extra dollar per DVD rented per month. For example, the one DVD out at a time costs an additional $2 for Blu-ray.

When told that the sign-up notification was disclosed on Netflix’s U.S. and Canada blog, thereby inferring first-time disc rental availability in Canada, the customer service rep, who is based in Canada, agreed the blog post was misleading. Netflix only offers streaming service in Canada.

“Thanks for pointing that out,” she said.

Netflix also is offering a one-month free disc trial for eligible customers at .

Analyst Says Netflix to be Profitable by Q4