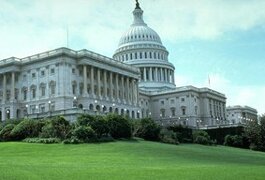 Netflix lawyers have sent a detailed 35-page letter to Julius Genachowski, chairman of the Federal Communications Commission, outlining the Los Gatos, Calif.-based company’s aversion to the House of Representatives’ proposed reversal of the FCC’s recent open Internet (Net neutrality) order, among other concerns.

The May 9 letter (released May 10) included an April 6 letter from Netflix CEO Reed Hastings to the leadership of the House Energy and Commerce Committee and documents filed with the Canadian Radio-television and Telecommunications Commission that include a study suggesting increased bandwidth usage (i.e. streaming) does not “necessarily” congest traffic on an Internet service provider (ISP) network.

Hastings, in his letter, said Netflix — via its content distribution networks — pays ISPs to deliver streams to its regional interchanges. He does not feel Netflix should have to pay an additional fee to the ISP to deliver content into subscriber homes.

“We don’t think ISPs should be able to use their exclusive control of their residential customers to force us to pay them to let in the data their customers desire [and already pay for],” Hastings wrote.

The CEO said delivering Netflix streams that last mile to subscriber homes costs “less than a penny,” and yet he said ISPs want to charge $1 per gigabyte over wired networks, which he said “would be grossly overpriced.”

Since Netflix focused its business model on streaming unlimited movies and TV shows to monthly subscribers via broadband networks, regulatory interests in Canada and less so in the United States, coupled with competing commercial interests, have sought to reign in the service by imposing usage caps on consumers.

A recent NPD research report found that Netflix streaming accounted for 61% of all movies streamed in the United States during the month of January.

Canada authorities (and cable and ISP operators) earlier this year imposed data limits (25 GB from 200 GB) on monthly broadband subscribers. Consumers exceeding the cap would be charge per gigabyte — a move that prompted Netflix Canada to lower its stream quality (resolution) by two-thirds.

Indeed, in Netflix’s most recent fiscal release, it disclosed about 800,000 Canadian subscribers — a figure that suggests growth has slowed as much as 50% since its launch last summer as potential users are growing wary of the services unintentional costs.

Comcast has not imposed data caps, but has said it would suspend service to individual customers who excessively download or stream large amounts of content, thereby slowing down the entire network.