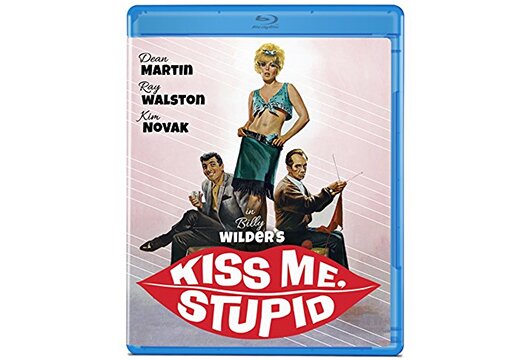 Street 2/17
Olive, Comedy, $24.95 DVD, $29.95 Blu-ray, ‘PG-13.’
Stars Dean Martin, Kim Novak, Ray Walston, Felicia Farr.
1964. At its very least, Billy Wilder’s career Armageddon is the ultimate Rat Pack movie, a tale about what the artistically driven (if not necessarily talented) will do to get out of a podunk hellhole — which is almost anything.
Read the Full Review

Available via Warner Archive
Warner, Comedy, $21.99 DVD, NR.
Stars Maurice Chevalier, Jayne Mansfield, Eleanor Parker, Michael Connors.
1964. Even before the script manages to get Maurice Chevalier into nun drag, we’re talking a cinematic one-of-a-kind here, about a shady business executive desperate to come up with a $500,000 tax loss who elects to use the half-million on his hands to finance a disastrous TV version of Romeo and Juliet.
Read the Full Review