New on Disc: 'The Believers' and more … 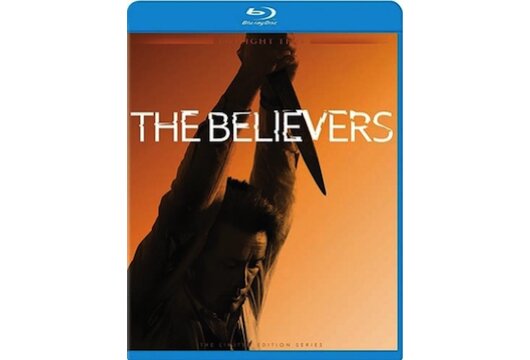 Available via ScreenArchives.com
Twilight Time, Horror, $29.95 Blu-ray, ‘R.’
Stars Martin Sheen, Helen Shaver, Robert Loggia, Harley Cross.
1987. Aside from not having the kind of high-profile cast from which pedigrees are fashioned, this John Schlesinger urban horror film is one icky movie even before the movie loses a few beats on its way to a wrap-up that some may find risible.
Read the Full Review

Gold Is Where You Find It

Available via Warner Archive
Warner, Drama, $21.99 DVD, NR.
Stars George Brent, Olivia de Havilland, Claude Rains, Margaret Lindsay.
1938. Take away a good supporting cast and one topical selling point of interest to the ecologically minded, and we likely wouldn’t be giving this semi-obscurity too much notice were it not for its visual novelty value, which is seeing Northern California and its apple orchards in 1930s pigmentary splendor.
Read the Full Review