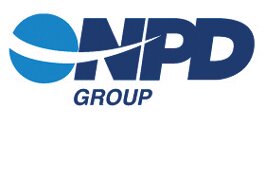 One in three Americans will soon have a Netflix subscription. But more are watching movies and TV shows in real time, recorded and on disc, says research group

Despite all the buzz surrounding Netflix, more people watch movies and TV shows on DVD and Blu-ray Disc. The number of consumers renting discs at kiosks and video stores is identical to the number of people watching on a subscription video-on-demand services, according to new from The NPD Group.

The research group said it's twice as likely a consumer will watch a TV series on a disc than it is s/he will watch the series using SVOD or ad-supported streaming.

In a three-month survey of entertainment trends through March 31, NPD found that 59% of respondents watched a movie on network TV — the same percentage that watch a movie on DVD or Blu-ray Disc. Another 44% watched a movie in a theater; 36% from a DVR; 21% from a rental kiosk, 20% from an ad-supported multichannel video program distributor; 19% from a SVOD service and 13% from a transactional VOD service.

For the TV shows, the percentage of respondents watching a primetime network or cable channel program increased to 81% and 65%, respectively. Another 42% of respondents watched a recorded TV show; 30% watched a TVDVD or Blu-ray box set; 18% via ad-supported pay TV channel; 16% via SVOD; 15% from ad-supported streaming service; 5% via transactional VOD; and 2% from Internet-based VOD rental service.

“It's not a ‘disc good, digital bad’ conversation, but a recognition that the consumer has yet to catch up with where distributors, services, and retailers want them to be,” said Russ Crupnick, SVP, industry analysis. “Pretty soon one in three Americans will have a Netflix subscription.”