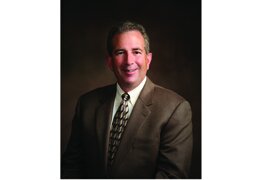 From Internet-connected devices to being the No. 1 advocate for passive-glasses 3DTV, LG Electronics has staked its claim as a leader in more than one home entertainment arena. The company recently partnered with the Walt Disney Studios to offer Disney movies for rent via LG’s connected TVs through the new LG 3D World App. Tim Alessi, director of new product development for LG Electronics, chatted with Home Media Magazine about passive vs. active-shutter glasses vs. no glasses at all for 3DTVs, as well as 3D’s place in the home with the advent of 4K and OLED flat-panel sets.

HM: With 3D in the home, where is LG and what is the company doing to promote it?

Alessi: LG is really trying to take a leadership position in promoting 3D in the home by making it the most accessible and comfortable viewing experience for our consumers. With the system we’re using, Cinema 3D, which uses LG’s Film Patterned Retarder technology, the real benefit of that is it allows for lightweight and comfortable glasses, and that’s been one of the barriers of people adopting 3D. We’ve been actively promoting Cinema 3D around the country, and we’ve seen the attraction grow very rapidly. Passive 3D, as it’s called generically, is roughly 30% of unit sales now, and that’s pretty much with only LG supporting it right now. We’re the only tier-one brand promoting passive 3D, and with a third of the market, it’s been going well.

HM: What are the advantages of passive vs. active-shutter glasses for 3DTV?

Alessi: Well, the biggest advantage is what we call the comfortable viewing experience, and what we mean by that is the lightweight glasses, which are much easier to wear; there’s less cross-talk, so you don’t tend to get those ghosted images like you do with active-shutter 3D; the horizontal viewing angle is much wider, so if you get off-access viewers, four people sitting on the couch, nobody’s fighting for the center seat. And one other thing: The glasses are cheap. The active-shutter glasses have come down a bit, but even at $20 or so a pop, it adds up quickly. Most of our sets this year come with six pairs of [passive] glasses, and they’re widely available for $10 for a four pack, and we have specials from time to time where we give away as many as 12 pairs of glasses.

HM: Where is the industry with autostereoscopic, where we don’t need glasses at all, and is LG making any headway there?

Alessi: Autostereoscopic has been a big topic ever since 3DTV came out, and as much as we like to make the glasses comfortable, people are saying they don’t want to wear glasses. Yet we still believe [autostereoscopic] is still years off in the future. There’s autostereoscopic technology out there now — we demonstrated it at the Consumer Electronics Show the last couple of years — but a lot of the uses for that today are more for industrial, like digital signage. The problem is that the state of the technology now offers a very narrow sweet spot. If you stand in just the right place, you get a great 3D effect. You start to move just a little bit, and it degrades very quickly. I think it’s at least three to five years before we start to see something viable.

HM: Are 4K HDTVs and advanced OLED HDTVs a threat or a complement to the advancement of 3D in the home?

Alessi: Oh, those technologies are a complement to 3D. At CES this year we demonstrated both OLED and 4K, and we just officially announced our first 4K set, which will begin shipping toward the end of October (84 inches, $20,000 list price). And both our OLED and 4K will be 3D enabled with our Cinema 3D, so it’s going to complement 3DTV. It’s just another new case of offering a better experience: for 4K, a higher-resolution, more immersive experience. For OLED, it’s all the advantages you have there with the deep black levels and the beautiful colors.

HM: In terms of content, what is LG most excited about when it comes to 3D: Blu-ray Disc, broadcast, gaming?

Alessi: More and more theatrical releases are coming out on Blu-ray, and that’s great. We’re excited about all the content because that’s an area that’s impeded 3D somewhat: Everybody wants to know what can I watch? Our motto is “Bring it on.” The more the better. We’re doing a couple things to try to bridge that content gap. With our smart-TV portal, all of our 3DTVs, with the exception of one promotional model, also have Internet connectivity, and there are hundreds of options already embedded, many free through our 3D Zone application, which has a lot of content, some thanks to a new content deal we just signed with Disney, giving us a direct portal to their content, along with some of our other partners, including Vudu. For gamers it’s an even bigger deal because they love 3D, and they’re the ones who don’t mind watching with glasses, since they’re locked in on the screen anyway.

HM: In the connected CE area, what sets LG apart, and how far have we come in connecting the consumer in the living room?

Alessi: I think we’re most proud of our user interface. We make it very easy and intuitive for people to navigate. Everybody has access to the same apps, and on any connected platform you’re going to find the usual: Netflix, Vudu, YouTube, Hulu, all the things people want. But where we differentiate is the way it’s organized on our home dashboard, where you can organize your premium content, apps, 3D content and home sharing. And it was four years ago that LG introduced the first Blu-ray player that had Netflix embedded on it, and I’ll be honest with you, back then there was a lot of skepticism within the company: “Should we really do this? That’s a lot of engineering effort.” We argued that once people understand what this opens up for them, it’s going to be a runaway hit. And obviously the concept has exploded. People don’t want to turn their TV into a PC, but they love the ability to access their content whenever they want it. LG this year introduced a series of sets that support the Google platform. We think it’s another great option for people who are into connectivity. Google TV takes a little bit different approach, with a Chrome browser, a very nice integrated search functionality, a QWERTY keypad and the Google Play app store. It’s a great alternative. It’s a little bit more of a lean-forward experience, but it’s not quite turning the TV into a computer.