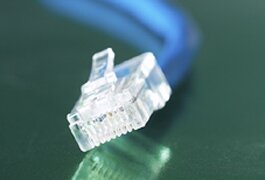 "In light of recent events, I have decided to postpone Tuesday’s vote on the Protect IP Act,” Sen. Harry Reid, D-Nev., said of the Preventing Real Online Threats to Economic Creativity and Theft of Intellectual Property Act, which was set for a vote Jan. 24.

Meanwhile, Rep. Lamar Smith, R-Texas, announced the House version of the bill, the Stop Online Piracy Act, or SOPA, would also be put on hold, saying: “It is clear that we need to revisit the approach on how best to address the problem of foreign thieves that steal and sell American inventions and products.”

The announcements came as a major blow to Hollywood, which had backed the legislation in hopes to stunt overseas piracy. Both Protect IP and SOPA would target foreign websites dealing in illegal goods by keeping search engines from showing them in results and restricting interaction with American payment companies. They also would give the attorney general the power to seek injunctions against foreign websites dealing in illegal content and goods.

The decision to delay the bills came after a heated week of public debate that saw prominent websites like Wikipedia and Reddit go dark for a day, and giants like Google collect millions of signatures in protest of legislation they believe would snare legitimate sites and stunt the freedom of the Internet.

“You shut down Congress’s switchboards. You melted their servers. Your voice was loud and strong. Millions of people have spoken in defense of a free and open Internet,” Wikipedia said in a statement.

Speaking at a panel discussion concerning digital lockers, Jon Miller, chief digital officer for News Corp., said the debate over the bills before Congress shifted quickly against the case content owners had made in support of the legislation.

“The content side has the better argument, but it’s losing the [public relations] battle,” he said.

Hollywood was scrambling to regain control of the argument late in the week, with a group of industry unions sending letters to Congressmen and new broadcast and print ads supporting the legislation.

Creative America, a grassroots group representing employees in the entertainment industry, aimed to offset the attention the website blackouts garnered by running national print and TV and radio ads in targeted local markets supporting the legislation. During the Jan. 18 blackout, the group urged Americans to “Read a book. Listen to music. Go to a movie. Watch the game. Tune into a show — all types of content that are currently threatened by foreign rogue sites that traffic in stolen content.”

“With the opponents of the bill trafficking in misinformation, fear tactics and public relations stunts like blacking out their websites — in essence censoring the Internet themselves — we thought it more important than ever to get the message out that these bills are reasoned, narrow, effective and necessary measures to combat foreign rogue sites which are preying on American consumers and costing American jobs,” said Mike Nugent, executive director of Creative America.

Sen. Chris Dodd, chairman and CEO of the Motion Picture Association of America, slammed the Jan. 18 blackout as “irresponsible.”

“A so-called ‘blackout’ is yet another gimmick, albeit a dangerous one, designed to punish elected and administration officials who are working diligently to protect American jobs from foreign criminals,” he said.

But the damage had already been done.

The White House earlier in the week had issued a lengthy statement saying STOP and Protect IP couldn’t work in their current forms, saying “we will not support legislation that reduces freedom of expression, increases cyber security risk, or undermines the dynamic, innovative global Internet.”

“We’ve heard legitimate concerns about the impact the bill could have on access to the Internet and about a potentially unreasonable expansion of the federal government’s power to impact the Internet,” Sen. Marco Rubio, R-Florida wrote in a Facebook post. “Congress should listen and avoid rushing through a bill that could have many unintended consequences.”

Congress listened, and now it’s back to the drawing board for both SOPA and Protect IP.

Hollywood did lay claim to one piracy victory Jan. 19 when the U.S. Justice Department and the FBI charged seven individuals associated with the file-sharing service Megaupload.com over copyright violations and shut the service down.

The announcement saw the hacker group Anonymous launch attacks against websites owned by the MPAA and Justice Department.

“This criminal case, more than two years in development, shows that law enforcement can take strong action to protect American intellectual property stolen through sites housed in the United States,” MPAA’s Dodd said. “Similar tools are needed to go after foreign-based websites that threaten the livelihoods of the 2.2 million hardworking Americans whose jobs depend on the motion picture and television industry, and the millions of others who produce creative content in this country.”