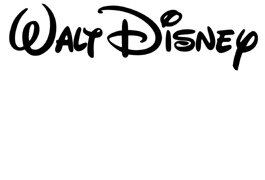 The Walt Disney Co.'s early adoption of Apple Inc.'s iTunes platform has produced sales of about 5 million movie downloads since 2006, according to Robert Iger, president and CEO of the media giant.

Speaking to analysts last week in a third-quarter (ended June 28) conference call, Iger said the continued migration of consumers to the Internet for information and entertainment mandated Disney respond with digital initiatives or risk being “marginalized.”

“We believe [putting movies on iTunes] is largely incremental to what I'll call the aftermarket movie business, that is, after its theatrical release,” Iger said.

He said Disney's opportunities to monetize digital distribution would be more evident through the expansion of the marketplace. He said margins in electronic distribution should not be the main focus compared to increased consumption by consumers.

The CEO reiterated that the company's digital initiatives thus far have not been in conflict with traditional distribution channels, including TV, theatrical and packaged media.

“I don't think we'd be getting as much consumption of the ABC television programs if the only place you could see them was on the [Disney owned] ABC Television Network,” Iger said.

Separately, despite grossing $140 million in global box office revenue since its theatrical bow in May, The Chronicles of Narnia: Prince Caspian could not keep Disney's studio entertainment unit from posting a 19% quarterly drop in operating income to $1.43 billion.

The studio unit, which includes Walt Disney Studios Home Entertainment, generated $309 million in comparable revenue during the same period last year from Pirates of the Caribbean: At World's End.

Disney said it expects the June 27 release of Wall-E ($197 million domestically) to rebound the studio unit's results in the fourth quarter.

Overall, Disney reported a 9% jump in profit to $1.28 billion based on a 2% increase in revenue to $9.24 billion. Strong ad revenue at sports cable channel ESPN and the weakened dollar at the Paris-based theme park helped drive results.