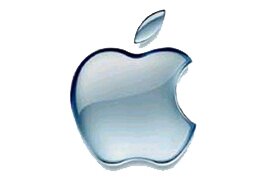 The updated version of “iTunes Extras” enables studios to refresh bonus material on consumer purchases for hundreds of titles going forward, including updated interviews with cast and crew, deleted and extended scenes.

Currently available for the Mac and PC, a version for portable media devices such as the iPad and iPhone is expected this Fall when Apple launches its iOS 8 operating system.

“It brings the consumer a whole new level to [a consumer’s] home video experience,” Mary Daily, president and CMO at 20th Century Fox Home Entertainment, said in a statement. “Apple is helping to take that digital experience to the next level. You now have a substantial amount of people who have access to additional content on the big screen in the living room.”

Indeed, the “Extras” feature enables users to select key scenes in movies, such as musical numbers in Disney’s Frozen or battle scenes in Warner’s 300: Rise of an Empire.

“We are all working together as an industry to make a good consumer proposition, and I think that’s a purchase proposition,” Mara Winokur, SVP of digital at Starz Digital Media, said in a statement.

In addition to interviews, “Extras” features art and still photography galleries from films such as The Grand Budapest Hotel; conceptual drawings from Monsters University; and behind-the-scenes with the voice actors in The Lego Movie.

“With iTunes Extras, [Apple is] setting the stage again with the next iteration of digital movies,” Daily said.