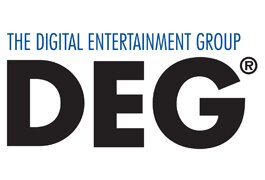 Consumer spending on home entertainment rose more than 5% in the first quarter of this year, driven by a strong slate of theatrical titles becoming available on disc and through digital distribution.

Consumers spent an estimated $4.69 billion on home entertainment purchases and rentals in the first quarter (ended March 31), up from $4.46 billion in the first three months of 2012, according to numbers released May 1 by DEG: The Digital Entertainment Group.

For studios, the big news was a rebirth in disc sales, which have been trending downward for more than five years. Buoyed by a 28.5% increase in Blu-ray Disc sales, overall packaged media sales were up 2%, to $2.1 billion from  $2 billion in the first quarter of 2012. Add in electronic sellthrough, which grew 51.5% in the first quarter to $231 million, and the total sellthrough pie grew nearly 5%.

The surprisingly strong growth of electronic sellthrough, or EST, can be attributed largely to increased access to digital content. Credit for this, observers say, goes to UltraViolet, which ties in physical disc sales with digital sales and has been embraced by leading retailers like Walmart and Best Buy.

Consumers buy a disc and can then access that content anywhere, at anytime, on a wide array of devices, including smartphones and tablets. The success of UltraViolet appears to have broken Apple's grip on the EST market and positioned it for much broader acceptance.

Sales of new-release product grew 12%, according to DEG numbers, which are compiled using studio data and retailer input. Sales of new releases on Blu-ray Disc were up 37%. Sales of catalog titles on Blu-ray were up 16% from the first quarter of 2012.

The rental sector didn't fare as well in the first quarter of 2013, with physical disc rentals down 11.9% to an estimated $1 billion.

Meanwhile, data from DEG's consumer electronics members shows that despite the trend toward distribution, the number of Blu-ray homes continues to grow, with 3.2 million players sold in the first quarter (including BD set-tops, PlayStation 3). Nearly 60 million U.S. homes now have at least one BD player.

Consumers also bought 9.4 million HDTVs in the first quarter of 2013, DEG data shows, bringing the total number of HDTV households in the United States to more than 112.6 million.