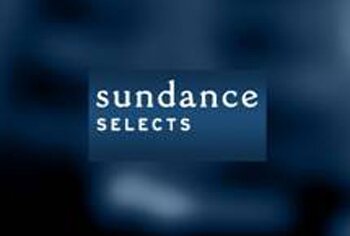 Walk Away Renee hits North America June 27 at CAMcinemaFest 2012, while Doc Club subscribers will be able to download or stream the film that same day as part of Doc Club’s June offerings. Additionally the film can be rented on SundanceNOW for $6.99. The film premiered at the 2011 Cannes Film Festival and is the follow-up to Caouette’s 2004 film Tarnation, a harrowing memoir-doc about his life growing up gay and with a mentally ill mother that he famously made for $218.32 using iMovie on his Mac.

Walk Away Renee sees Caouette taking a road trip to move his mentally ill mother across the country, with flashbacks to the past portraying their extraordinary relationship.

“This online premiere of Caouette’s Walk Away Renee is a major step forward for SundanceNOW and Doc Club,” said Jonathan Sehring, president of Sundance Selects and SundanceNOW. “Our mission is to bring films to audiences in multiple ways and create exciting, innovative campaigns for each film. To give fans of Tarnation the ability to watch Jonathan’s new film from any computer in the country is the best way to make it as available as possible.”

SundanceNOW is the digital sister of Sundance Selects, which an arm of the Sundance Film Festival that brings films to 40 million homes via transactional a VOD platform through major cable providers such as Comcast, Cablevision, Cox, Time Warner Cable and DirecTV, as well as theatrically and on disc and digital download.

Seeing Tarnation on DVD when it was first released, I was stricken by how it was like no movie I had ever seen before. Viewers with the utmost stoicism and skepticism, a disposition for which they could be forgiven, knowing Tarnation’s seemingly precious and self-indulgent set-up, have been moved far beyond expectation by Tarnation’s hyperreality — not only is it a film which redefines the documentary, it predated much of social networking and foreshadowed the way Facebook and YouTube give us far more avenue than we could have dreamed for sharing our stories, for better or worse. It remains one of my all-time favorite films, and I’m glad that for his long-awaited follow-up, Caouette has remained ahead of the curve, in terms of the way this film is being brought to audiences.