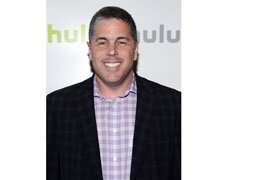 Speaking Sept. 25 at the Goldman Sachs Communacopia confab in New York, Forssell acknowledged what has emerged as a not-so-positive differentiator between Hulu Plus and other SVOD services such as Netflix, Amazon Prime Instant Video, FlixFling and Redbox Instant: ad spots.

Despite accounting for a relatively small penetration of domestic broadband households (less than 6%), Hulu bombarded the average viewer with more than 70 ad spots in August (less at Hulu Plus), which was up nearly 41% from 50 spots per viewer during the same period last year, according to comScore.

Hulu Plus’ monthly subscriptions rival SVOD competitors at $7.99, but it also generates almost the same incremental revenue in advertising. Hulu generated about $700 million revenue in 2012.

Hulu is co-owned by The Walt Disney Co., 21st Century Fox and Comcast — corporate parents that have twice tried to sell the platform. After failing to find the proper suitor earlier this year, Disney and Fox took Hulu off the market and agreed to infuse it with $750 million in funding.

Comcast, as part of an agreement with federal regulators when it acquired NBC Universal, remains a silent partner.

While Netflix claims it can maintain its first-mover position (and content spend) through subscriber growth, and Amazon backs the Prime Instant Video service through a membership loyalty program and ecommerce parent, Hulu Plus is compelled to generate revenue beyond a subscriber base that pales in comparison to Netflix.

But with ad spots a tricky proposition for on-demand viewing (see Dish’s ad-skipping Hopper DVR), Forssell contends a compromise could be in the works whereby subs pay more per month for ad-free streaming.

“I think that’s the right path long term,” he said. “I believe over time we should introduce an ad-free service.”