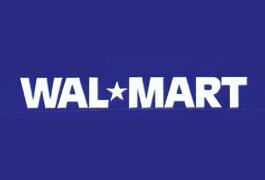 Wal-Mart Stores is rapidly downsizing shelf space for music CDs while increasing availability of Blu-ray and consumer electronics in select locations, according to a new report.

The Bentonville, Ark.-based retail behemoth, citing a 23% drop in CD sales during the first four weeks of the fourth quarter, continues to scale back inventories of music packaged media; supplanting it with electronics and movies.

“We believe Wal-Mart is increasing its exposure to consumer electronics, video games and Blu-ray, and reducing floor space devoted to CDs and standard DVDs,” said Richard Greenfield, analyst with Pali Capital, in a note.

Greenfield said the chain’s floor space devoted to DVD, including Blu- ray, ranged from up modestly to down slightly.

Pali reported that an accelerated rate of sales decline for CDs combined with the slowing of digital unit sales had resulted in Q4 total unit sales declining 11.6%, compared to a 11.3% decline during the previous year period.

In an analyst meeting last week, John Fleming, chief marketing officer with Wal-Mart, said electronics would be getting space expansion in stores due to the decline in physical packaged media.

“In electronics, where all the digital products are getting space expansions, and some of the physical packaged media, CDs, movies, are coming down dramatically so that we can space the growth categories,” Fleming said.

Greenfield said Wal-Mart’s continued exposure to music would be limited to exclusive CD releases such as AC/DC’s Black Ice & No Bull, which included a Web site and sales opportunities for related content such as DVDs, video games and gear.

“As packaged media continues to fade, Wal-Mart is focused on acquiring exclusive rights to music content, which enables it to sell multiple products to a consumer at one time; not just an $11.99 CD,” Greenfield wrote.

He said Wal-Mart’s scaled-back interest in music coupled with the potential bankruptcy of Circuit City Stores, a top music CD retailer, portends a bleak 2008 holiday season for the music industry.

“The demise of specialty music stores gives you a good idea that the market is shrinking fast,” Woo said.