<< Romero’s ‘Survival of the Dead’ to Premiere at Toronto | Blog Home | 'Futurama' Return All for Naught? >>

Wal-Mart and Redbox: Yea or Nay? 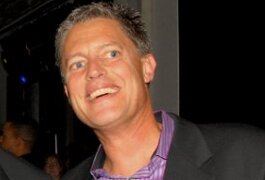 I’ve been chastized severely by a couple of people for a recent blog entry in which I blasted Wal-Mart for allowing Redbox kiosks into its stores because they directly compete with the chain’s DVD sellthrough business.

In that original blog posting, I surmised Wal-Mart had allowed kiosks in because it was losing faith in DVD, a point underscored by what I perceived as the chain’s lackluster merchandising of Blu-ray Disc, which is still behind lock and key, occupying a solitary endcap in a vast electronics department.

My two callers — and neither of them is a Wal-Mart executive, by the way — both stood up for the chain, which is responsible for about 40% of total DVD sales in the United States. It isn’t so much a case of Wal-Mart losing faith in DVD, they told me, as it is Wal-Mart simply being a smart retailer and following the money.

While it is true that for years Wal-Mart used the DVD sales frenzy to drive customers into its stores, the chain’s “loss leader” strategy wasn’t entirely of its own making, I was told. Wal-Mart never drove prices down, but, rather, reacted to deep discounting by Best Buy and others. As a result studios were actually making more money from DVD sales than consumers were spending on them.

Wal-Mart approached the studios several times and asked for lower wholesale prices, but the studios didn’t budge, according to my callers. So now that DVD sales are down and Redbox rental kiosks are red hot, Wal-Mart doesn’t feel any sense of obligation to prop up the DVD sales business in any way. Instead, the chain is going with the money and leasing space to Redbox.

By allowing Redbox kiosks into its stores, my callers argued, Wal-Mart is not just making money but also giving its customers a choice. Wal-Mart customers can still buy DVDs, but now they can rent them as well.

Readers, I’d be interested to hear you weigh in on what is clearly a divisive issue. Is Wal-Mart a big baddie that used DVD sales to drive traffic into its stores and is now turning its back on the sellthrough business and going with the hot new kid in town, Redbox? Or is Wal-Mart merely being a good retailer and doing something that can enhance both its revenue and its customer service?

I look forward to hearing from you.