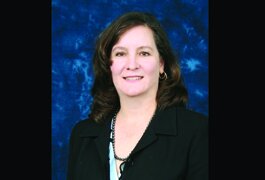 Whether boding well or ill for the business in the long run, the Blu-ray Disc hit that magic $10 price point (and under) en masse over the Thanksgiving weekend.

The prices were low enough to affect Nielsen VideoScan’s First Alert top sellers for the week,  which looked like a blast from the past. When I first saw the top sellers, I thought is was a mistake. Up regained the top spot, The Dark Knight (heavily discounted by many and out for a year) returned to No. 2 and Madagascar: Escape 2 Africa (out since February) hit No. 7 on the national sales chart.

Consumers were obviously buying based on price for the week ended Nov. 29, rather than just picking up new releases.

Visiting Best Buy Black Friday (that oft-cited retail term denoting the hot sales day after Thanksgiving and the start of the holiday buying season), we saw numerous families purchasing the reduced $299 PlayStation 3, which many retailers sweetened with extra games, Blu-rays or gift cards. One father admonished his son for picking out low-priced DVDs, telling him to get Blu-ray Discs instead because they had a PS3 in the cart. Hey, maybe those ubiquitous Sony ads about the PS3’s Blu-ray-playing capability are finally making an impact. This weekend, I saw an ad in which a young boy complained about his grandmother hogging the PlayStation 3 to watch Blu-ray movies, keeping him from playing games. That’s quite a change from the game-centric spots that pushed the PS3 upon its introduction — and a nod to the mainstream consumer, rather than core gamers.

Blu-ray Discs and Blu-ray Players were definately stars in the mass merchant and consumer electronics circulars. Retailers used them like candy to attract shoppers in a dismal economic climate — and if the charts are any measure, it worked like a charm. Consumers picked up great titles old and new based on unheard of impulse prices. At $10, shoppers thought, "Why not pick up a Blu-ray?"

As many in the industry will remember, it was the magic $10 price point that became a Holy Grail for mass merchants when DVD hit its stride — even if the studios were conflicted over the devaluing of their product. Blu-ray Disc has now hit that magic price, and perhaps it will be the shot in the arm that the format needs to reach the mass market.